Home > Releases > Altrd Being and friends lands on Ascetic Limited to release 'Collaborations Vol. I' showcasing the modern sounds of techno.

Altrd Being and friends lands on Ascetic Limited to release 'Collaborations Vol. I' showcasing the modern sounds of techno. 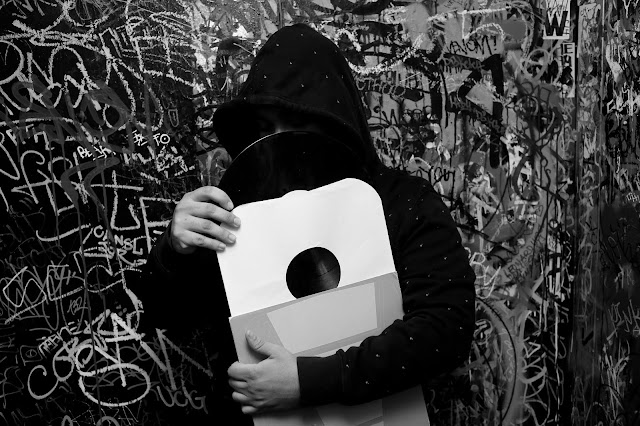 Of course it is a special entry when we talk about Ascetic Limited, a Los Angeles based label focused especially on the deep, atmospheric, and acid techno sounds.

The label is very happy to present 'Collaborations Vol. I', an eight track album from our co-founder Altrd Being and friends over the past few years.

This is the first Long Play release on the label and the concept is focused on strengthening friendships through music. The album for the most part was done throughout the last three years in multiple locations around the world.

The collaborators are people who are dear to Altrd Being and have shared moments both in this production and outside of it. Altrd Being would like to say thanks to Ruhig, Luca Synesthezia, Areal, r2π, & Saphileum for the special moments, support, music, but most of all their friendship.

Altrd Being & Pareal - Rigel was created both in Los Angeles and in Berlin remotely and was the first of the collaborations done in 2016 showing that both friendship and music knows no borders. The track starts the LP with bright, refreshing hypnotic vibes portra- yed through the luscious pads and ever changing percussion.

Altrd Being & Saphileum - Rising Sun was the product of an afternoon of sound explo- ration done in Tbilisi in the summer of 2019. It provides interesting drones supported by a driving beat to bring you into another dimension.

Altrd Being & Ruhig - La Bombonera, Granadine, & Temporale, were made in Caserta, Italy at Ruhig‘s studio during a week where Altrd Being shortly after initially meeting him in Portugal and becoming friends. There were forces of nature, summer storms with hail and thunder, that required them to stay in the studio for three days ironically during the mid-summer of 2018. This led to the Italian titled tracks.

La Bombonera is a versatile track driven by massive soft chords with a powerful 4/4 beat, surely to fit into any peak or closing times. Granadine takes the listener into a deep, psychedelic trip, surely to get the dance floor moving. Temporale brings up the energy with an exciting acid lead along and strong breakbeat, showcasing both Altrd Being and Ruhig‘s sounds.

Altrd Being & r2π - Live Session in Pompeii - On that same trip Ruhig and Altrd Being traveled to Pompeii, to visit r2π‘s studio on the foot of the Vesuvius. This led to a jam session that was recorded at their studio and later edited and mixed by Altrd Being. Altrd Being & r2π‘s session is filled with hypnotic atmospheric sounds led by an aggres- sive distorted bass, showcasing their live creativity and exciting direction.

Altrd Being & Luca Synesthezia - Black Out Blinds & the Changing Dub were the products of recording sessions done in Madrid Spain in 2019 at Luca‘s Malasaña studio. Heavily influenced by both Luca‘s Drum and Bass production and Altrd‘s Techno production, led to tracks with a fusion of both their styles. Black Out Blinds is a deep, dark track led by breakbeats and interesting strong bass leads. To end the LP, Changing Dub is a mellow, experimental track filled with atmospheric pads providing cinematic yet danceable vibes. 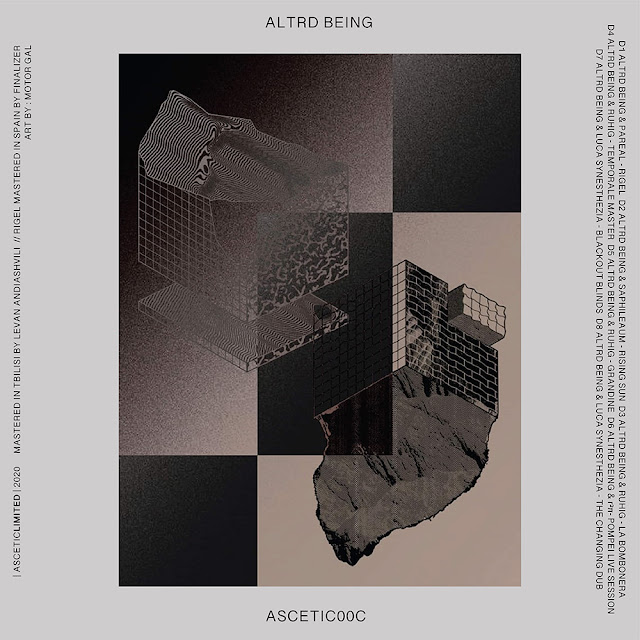