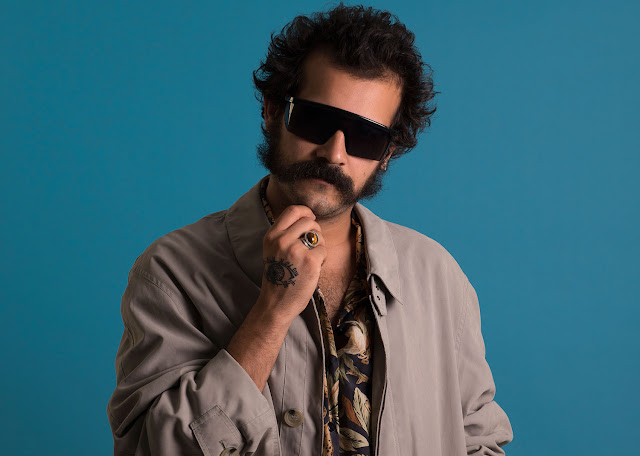 Hello lovers of the adverse, avant-garde and electronic sounds. Do you remember last year (November) we were talking about a unique range of innovative electronic sounds and demented grooves in what in that time was, the release of Iñigo Vontier's latest album 'El Hijo del Maíz' via Lumière Noire.

Well, a couple of months later, Iñigo Vontier’s "El Hijo del Maiz" has become one of the most gripping albums of the moment. With South American and Middle Eastern sounds and his conception of music as ritual, the Mexican DJ keeps electronica in check as a valid mix of influences.

So, to keep up with the exciting and very outstanding range of exotic sounds, abstract and deeply latín, "El Hijo del Maiz"  has come out with a very interesting package of remixes with very peculiar artist to do the reworks. With this, the EP El Hijo Del Maiz Remixes, marks the end of an episode which started, in good company, last autumn on the Lumière Noire label.

The package of remixes is scheduled to be released in Vinyl & Digital formats at the end of this month (February 28) via Lumière Noire label.

This upcoming EP reveals out the remix series of three tracks of the album, featuring Simple Symmetry, Roman Flügel and the French-born Ecuadorian producer, Nicola Cruz, to do the reworks. And trust me, they'll made an amazing work with the remixes.

Listen up to this marvelous music and read full release details below. (Remixes will be uploaded soon).

Overview. From the moment of its release, Iñigo Vontier’s El Hijo del Maiz has become one of the most gripping albums of the moment. With South American and Middle Eastern sounds and his conception of music as ritual, the Mexican DJ keeps electronica in check as a valid mix of influences. The EP El Hijo Del Maiz Remixes, marks the end of an episode which started, in good company, last autumn on the Lumière Noire label.
The second track of his album, Bo Ni Ke, is distinguished by its original - almost implausible - universe, with a Japanese-inflected vocal filter and oriental flutes taking the beats into a crazy trance. Leaning on the 4/4 rhythm, Simple Symmetry’s remix of the track is also very playful (Iñigo Vontier recently remixed Nar for Simple Symmetry). The Moscow duo, noted in particular for the brilliant EP Plane Goes East released on Disco Halal (the Moscoman label which makes the link between east and west), pulls the track over to another - less terrestrial more psychedelic - universe, in their well identified ethno-underground style.
The remix of Bo Ni Ke by Nicola Cruz, French-born Ecuadorian producer, enlivens the track by playing on the sounds of voices and South American percussion. Also present in his fascinating album Siku released a year ago on the ZZK Records label, they overlap with the demonological whims of Iñigo Vontier but also those of Nicolas Jaar, who was revealed to him as he was starting out.
The inaugural track of the album Xu Xu (subject of the previous EP, only released as a digital version) has been remixed by Roman Flügel, allowing a vinyl release of this incredible track. You could pick out the science of this headliner in a million. Flügel has been on the electronic scene since the early days, learning the ropes under the aegis of prestigious labels Playhouse, Dial and Klang. He has recently enhanced some emblematic tracks signed Daniel Avery, Koze, Âme, Radio Slave and C.A.R. and here once again the pioneer of techno is working miracles to create a more cerebral version of this track.
Concluding the EP with Thomass Jackson, his co-founder of the label Calypso Records, who we will soon be able to find on the compilation / family portrait of the label Lumière Noire From Above Vol. 2, Iñigo Vontier offers up a genre-busting version of the title Marijuana, like an ataxic play time, deliberately smoky for an explicitly licentious title. 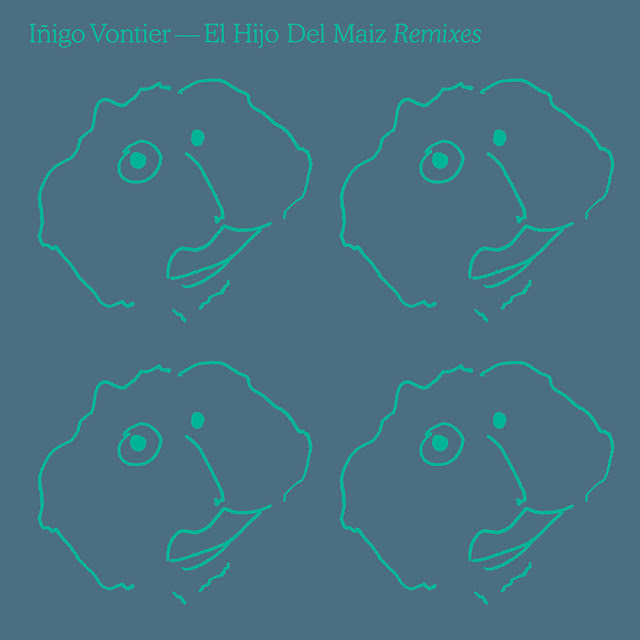