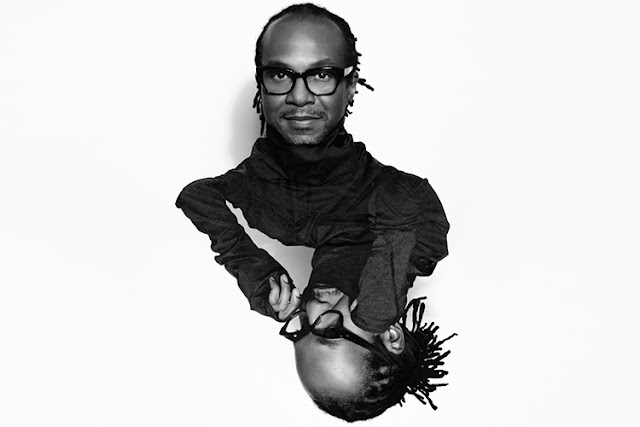 For many it was a memorable evening and a unforgettable party. I am talking about the last occasion that the Detroit legend Stacey Pullen appeared in Guatemala. (April 30, 2015)

That was a venue that had everything, techno, good vibes  and a whole atmosphere of party delivered nothing more and nothing less than by Stacey Pullen. That day he dropped out an extended DJ set with music form another planet, and with all the energies of the world, Stacey turned on the Secret Garden all night long and made everyone dance in what was a night for the records.

Back in the day, Four Promotions (who now are responsible for making possible one of the biggest event in Guatemala, the Wizards Mansion) made possible the Booking of Pullen... the same guys, but now as the Wizards Collective crew are reliving this outstanding event, now in a Halloween edition, with the Funktion One Soundsystem and in the big mansion that has bring us a good party season lately.

Yeah! We cannot believe that the legend of Detroit is coming back, and we will listen to its music in one of the most underground and best organized events in Guatemala. There also will be Local supporting acts from talented artists like: Ale Granados, Daniel Herrera, Diego Campollo, Digo, Fernando Campollo, Fito Cruz, Hector Roman, Jarana Motel, Julio CR, Luisfer Leal, Lujo Prado and Wicho Coto.

This event is due to October 26th and will take place at the Wizards Mansion (for all those who know). Remember this is a Halloween edition party, so there will be special gifts for the best costumes. Full details and tickets info here: https://www.facebook.com/events/877292495988012/ 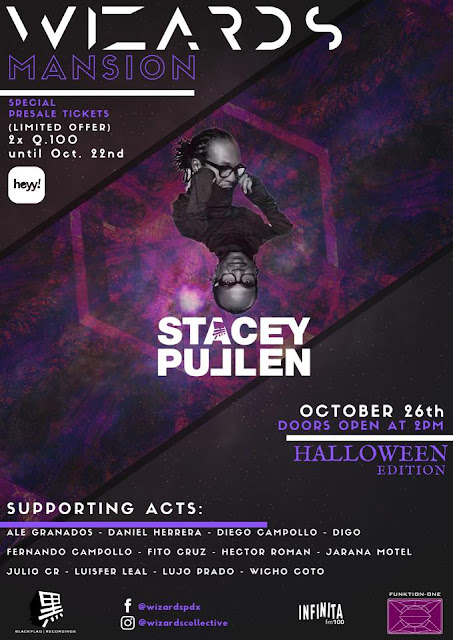 Overview. We are proud to present the Comeback of THE DETROIT TECHNO LEGEND Aka Stacey Pullen. 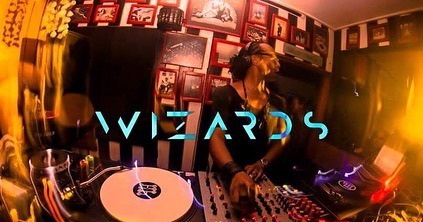 After 4 years of one of the party's that marked the underground scene in Guatemala we have the pleasure to announce that we are having this legend back in the country and what more beautiful scenario than the Wizards Mansion Stacey Pullen is an innovator from the second wave of Detroit techno; he grew up under the mentorship of Detroit's legendary three: Derrick May, Juan Atkins and Kevin Saunderson. Still continuing to produce his characteristic atmosphere laden electronic sound, Stacey Pullen compounds his reputation as a producer with that of being one of the world's most in demand DJs. Above all, from his earliest attempts to the current day Stacey Pullen has stayed true to his one goal: to become and to always be an Innovator.
2011 sees Stacey still on the road, bringing his signature eclecticism to some lucky parts of the planet. As a result, every set becomes more personalized, more unique, a window into Stacey's musical passions. With Black Flag resurrected, 2010’s hit "Alive" is now followed up by "Get Up" in April 2011.
„I wanted to create a clean palette of ‚beats‘ music. Programming it to deliver a serious groove that would keep on coming, progressing and leaving you wanting more.“ Yes, please."


When? October 26th DOORS OPEN AT 2PM
Where? The Wizards Mansion (for all those who know)

Come to party with us and celebrate the comeback of THE DETROIT TECHNO LEGEND!

WE RESERVE THE RIGHT T ADMISSION