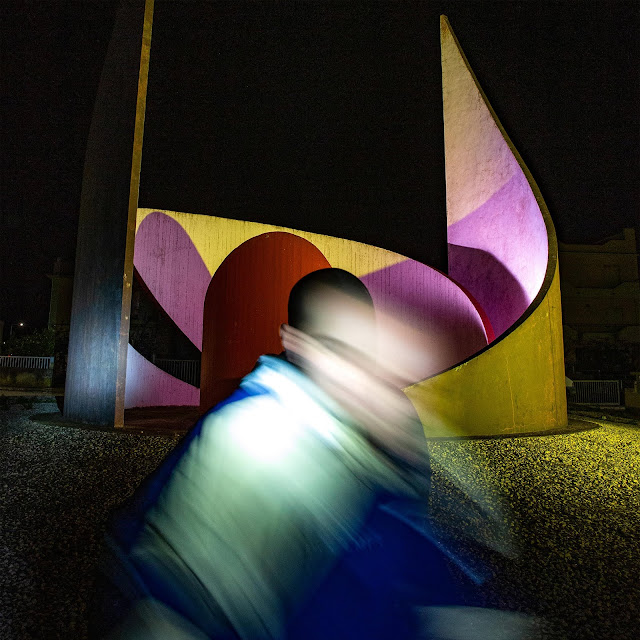 Hello there, i have some really interesting news for heavy and hardcore sounds lovers, i am talking about Shapednoise, known for collaborating with artists like Mumdance and Logos on the project The Sprawl, Miles Whittaker of Demdike Stare, Roly Porter, Gabor Lazar, and Black Rain... Together with collaborative projects and releases, he has released albums on Type Records and Hospital Productions, and Opal Tapes as well as EPs on Ron Morelli’s Russian Torrent Versions and The Death of Rave. He has also collaborated with fashion labels like Julius and Diadora (alongside Gabber Eleganza) in the late.

Well, it's time to announce a new album from Shapednoise, this one is special, it's also his debut on Glaswegian label Numbers. Entitled "Aesthesis", this is Shapednoise first album since his 2015 full-length Different Selves.The album itself is characterised by an interest in the so-called ‘hardcore continuum’, excavating within its darker edges, subsuming its ability to convey a sense of dystopian, nightmarish thrill, while also remaining solidly tied to the streets and to the social environment it sprawled from. Numbers will release Aesthesis on November 8th, 2019.

For this album, Shapednoise has invited multimedia artist and poet MHYSA (of NON & Halcyon Veil) to lend her vocals to 'Intriguing (In The End)', while Godflesh and Zonal mastermind Justin K. Broadrick appears in ‘Blaze', and 'Moby Dick' is co-signed by Rabit and ex-Coil member Drew McDowall.  Also Aphex Twin has been a big supporter of his work and has been playing some of his tracks during his latest extensive tour (Primavera Sound, Field Day, Forbidden Fruit Festival..) Read below for full details.

Watch out a Short video for 'CRx Aureal' by Pedro Maia, taken from the forthcoming Shapednoise album ‘Aesthesis’.

Overview. Over the nine tracks and thirty seven minutes, there’s a controlled collision of noise and metal with rave and hardcore. Pedone’s penchant for the peak energies of gritty techno and modern rap/trap bleed through, with earth-shattering blocks of bass and beats conveyed within his practice of sonic sculpture. ‘Aesthesis’ melts these sounds down, evolving them into something new of his own –  a complex, hybrid being designed to be played loud.  The first listen, CRx Aureal, is one of the most arresting cuts from the record: a nightmarish thrill embracing a sense of constant movement, with intense shards of sound ricocheting and morphing, forged together through a series of metallic refrains. This flirtation with the extremes of sound has engulfed Shapednoise’s entire creative output and lifestyle - from his albums and EPs over the last decade, to his two labels Cosmo Rhythmatic and REPITCH, having recently dropped critically acclaimed releases by King Midas Sound, Shackleton & VTSS.
Pedone describes ‘Aesthesis’ as “informed by a set of key elements that intwine all the tracks together, like steps in a long research process. It is intended as a sensory experience where the senses act as an interface, sound as space.”  His experimentation with unorthodox rhythmic structures and radical cinematic design reveals actions grounded in direct experience, but “inspired by a kind of speculative realism”. In seeking to master the wild heights of noise and the weight of subsonic frequencies, Shapednoise aims to “generate a sense of unreal-yet-tangible space and time, where the physicality of the music builds up a place that exists between people and objects, rather than the other way around.”
A series of artistic collaborations are heard throughout the album - from the caustic R&B of album opener 'Intriguing (In The End)' which features vocals from multimedia artist E. Jane's alter ego MHYSA (of NON & Halcyon Veil), to Justin K Broadrick (founding member of Godflesh and ZONAL) on 'Blaze', and album closer 'Moby Dick'; a collaboration with Scottish legend Drew McDowall (ex-Coil and Psychic TV member), and Rabit (founder of Halcyon Veil).
A live version of ‘Aesthesis’ debuts in the main hall of Kraftwerk at Berlin Atonal 2019 on Thursday 29th August, joined by Portuguese filmmaker Pedro Maia - who also produced this short video - turning the sounds into a full spectrum AV show. 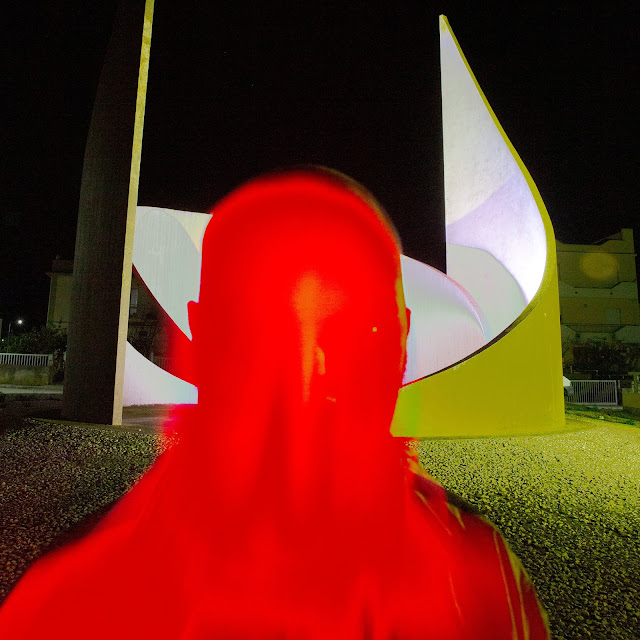 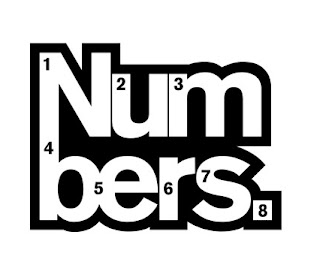