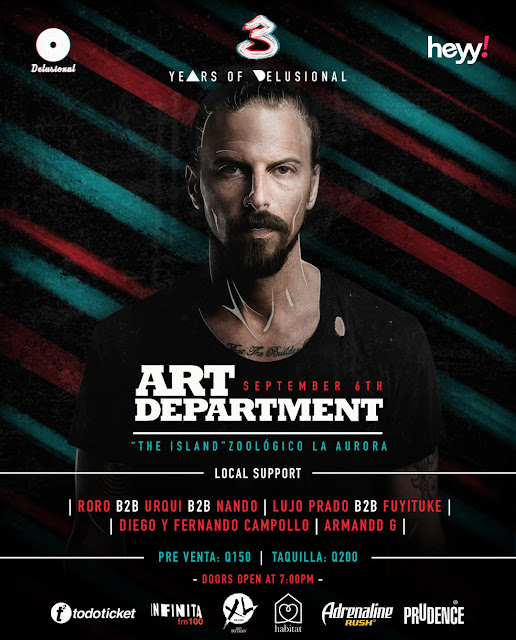 Taking the events to another level, bringing artists that for some are the one that move the scene, not just here, rather in the whole world, Delusional, the promoter of events in the Guatemalan underground scene of techno and house music, has finally announced who will be their special guest artist for his party dedicated to their third anniversary.

The line-up, very well selected for this event, include local artists very well known in the local scene, some with more experienced trajectories, some others becoming very well known today, but the special guest and headlinear for this special party is no other than the global house icon Jonny White, now the lone force behind the influential project that began a long-time ago in 2009, better known as Art Department.

So, get prepared and save the date,  because Friday, September 6 it's going to get delusional, a complete musical delight and a party that still surely has many more surprises for us, so stay tuned.

Art Department is undoubtedly a luxury guest, we will receive it very emotionally in September, after its busy tour in August, with presentations at festivals and events such as the Sunwaves Festival, Alfa Future People, Burning Man among others. (Last update: 2019-08-07) For more information about Tickets prices, event location and more, read below.

It's crazy because just a few weeks ago we were just talking about one of Art Departments recent releases, that actually got reviewed by Living Techno. Go here to check out the review: Art Department ’Shame EP’ released by Cuttin Headz got reviewed. 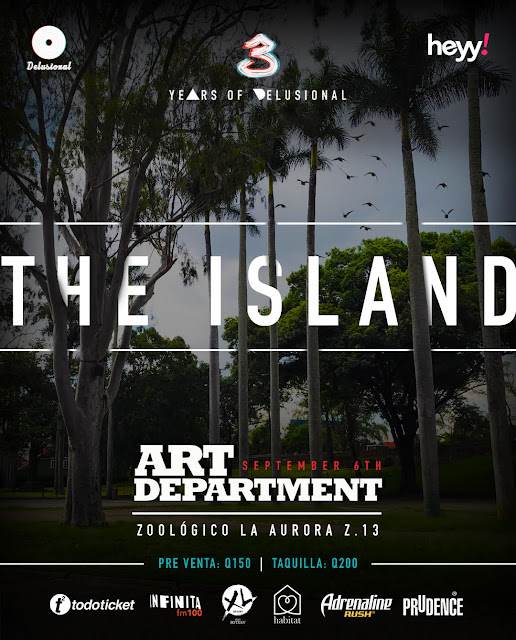 Overview. In these 3 years we dream of reaching an event like this and we have achieved it. Of course, everyone is cordially invited to the celebration of our 3rd. Anniversary with one of the most iconic DJs of the underground scene in the world with you ART DEPARTMENT!
Art Department is the underground music project that is now led by the legendary Jonny White, who is the head in charge of the famous record label "No.19". AD productions changed the landscape to electronic music, earning recognition as the number 1 track of the year at the Beatport Awards in 2014.

Check out the official event created for this event on Facebook by following the link below: https://www.facebook.com/events/864699423911990/