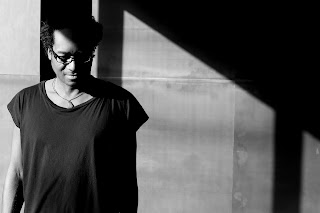 Since his earliest productions, Amsterdam’s electronic music pioneer Steve Rachmad has created a legion of monikers for his various compositions. We’ve seen tracks from Black Scorpion, Tons of Tones, Rachmad Project, Scorp, Parallel 9, Ignacio, Dreg, Sterac Electronics and many more come out of his studio…

One of the main characters living on Planet Rachmad has always been STERAC: a side of Steve’s musical personality that’s not easily described. Let’s say that where other aliases were used for excursions to more dub-, disco-, or house- oriented records, STERAC’s focus has always been on the no-nonsense, darker, and deeper side of techno.

The STERAC discography consists of classic tracks on labels such as M-Plant and Tresor, with the 2012 remixes of his legendary album Secret Life Of Machines (1995) demonstrating the lasting quality of the STERAC oeuvre. Reinterpretations by Ricardo Villalobos, Joris Voorn, and Marc Romboy to name a few, proved a bit hit with fans and fellow artists.

This year, STERAC releases appear on Klockworks and Delsin, while his schedule takes him on a tour past the world’s finest clubs: from Berlin’s Berghain to Tokyo’s Womb, and from Output in New York to Club Rex in Paris. On top of that, a series of selected remixes is coming your way.