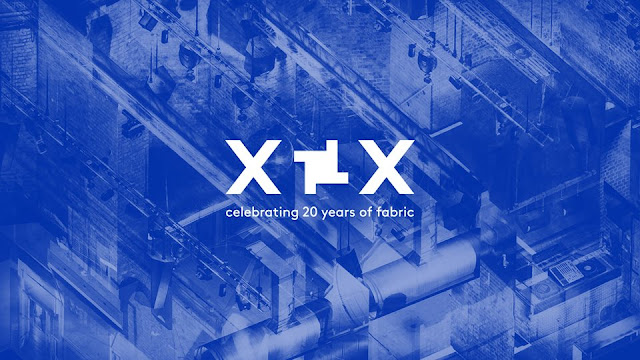 I will start the note with some words of fabric organization to their fans: "We want to say thank you to everyone that's been part of this journey over the past two decades" You would think this is the end right?

But there is light at the end of the tunnel when the phrase ends like this: "From the celebratory times to our most challenging moments, it's your support that's built our legacy."

With new residents, a revamped mix series and many  more new stuff you can check below, As suspected, fabric is going big for its 20th birthday, of course, 20 parties to honour 20 years are coming in 2019. fabric has come clean and under all the expectation created, they finally reveal that the club are not closing, in the other way, they announced officially the 20th anniversary celebrations, named fabric XX. Stay tuned!

First up is Lee Burridge's All Day I Dream party on January 27th, followed by Bonobo on February 24th and Tale Of Us, who will play all night long, on March 24th. In April, East London party Fuse will host a 12-hour takeover on the 7th, before John Digweed goes all night on the 18th and The Martinez Brothers go all day on the 28th. The 14 other XX parties will be announced throughout the year. 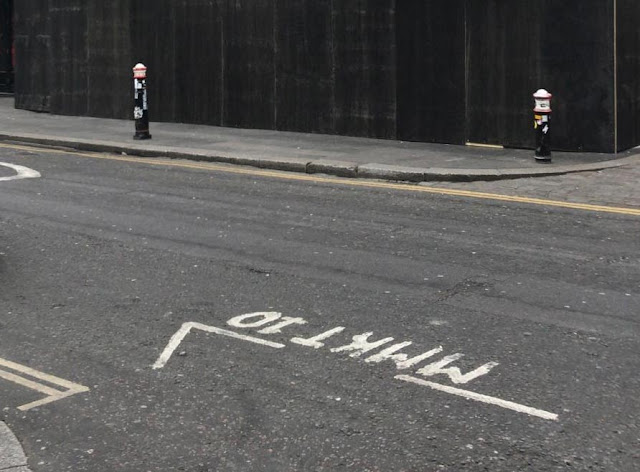 The next chapter starts here

Many of you will be wondering what this means, why we boarded up and repainted parts of the club and why we deleted our online presence this week. In 2019 we celebrate our 20th anniversary, and while to many this would present an opportunity to reflect on the past, we see it as an important opportunity to look to the future.
Since opening our doors for the first time in 1999 we have always put our focus on running a space that would become a home for expression and creativity in London. Artists and dancers from across the globe have descended our staircases and established our position as both a local dance spot and international melting pot. As we enter our 20th year, we’ll be celebrating our anniversary by refreshing and building upon everything that’s helped us reach where we are today.

To mark our 20th anniversary year, we’ll be throwing 20 special parties in addition to our regular event schedule. fabric XX will welcome a cast of artists including friends new and old. The first phase sees Lee Burridge, Bonobo, Tale Of Us, FUSE, John Digweed and The Martinez Brotherscoming to EC1 – parties will run across both days and nights, with every artist playing extended sets running for up to 10 hours. And for those wondering about our annual birthday weekender, this year the celebrations will span across every weekend in October. Tickets for all dates can be found here.

We’ll also be sharpening our focus on fresh local talent. Adding to our founding residents Craig Richards & Terry Francis, we’ve looked at who is making noise in our city’s vibrant underground culture right now and handpicked a small selection of artists we love to become our newest resident DJs. We’ll be introducing two of these new residents with a free party in Room Three tonight at 7pm. Anna Wall and Bobby are two of the best DJs in London, and for a chance at a limited guest list spot you can message us on our Instagram channel now.

After hitting the century milestone with our fabric and FABRICLIVE compilations, this year we’ll launch a new quarterly mix series, “fabric presents”. The first edition comes from Bonobo, with more details on the release and our next curators to be revealed soon.

This summer we’ll be bringing fabric and FABRICLIVE to two major London festivals for the first time. We’ll also be returning to Barcelona for OFF Week, teaming up with one of our most prized family members, Ricardo Villalobos.

We want to say thank you to everyone that’s been part of this journey over the past two decades. So much of the world surrounding us has changed in this timespan, but your love for us has always been unparalleled. From the celebratory times to our most challenging moments, it’s your support that’s built our legacy.
This is only the start of what we’ve got planned for our 20th anniversary – keep a close eye out for much more to come. - fabric xx 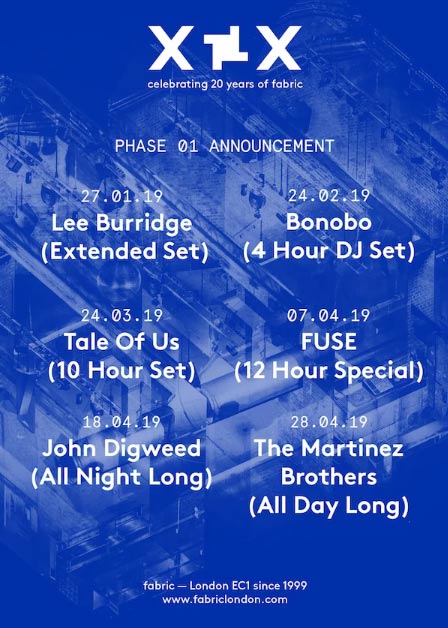 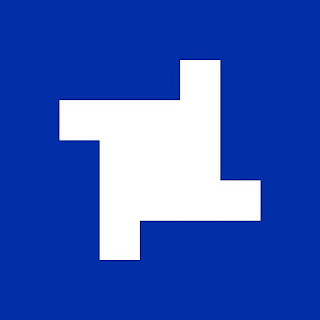