Home > TNT Podcast > Be sure to shake your head, Emerson Todd delivers some cool beats.

Be sure to shake your head, Emerson Todd delivers some cool beats. 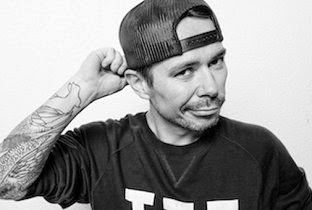 We were a good time off the air, but now we're back, in short doses but surely you will enjoy our favorite and exclusive cool sound picks of the day, this thursday we got some recent and stylish House music, very deep, with warm tracks that will make you feel happy, oh yes, one hour of sick tracks including music from Cristoph, Ross Evans, The Glitz, the jaydes and many more...

The man behind the decks is Emerson Todd, A very interesting Dj and Producer from Australia, who has been making waves in the electronic music scene...
With no more words to say, here is a new podcast series a little bit of " Summerish, warm and.. very This and That! For the second installment of the TNT Podcast Series, Emerson Todd has made the perfect soundtrack for a drive along the beach or a rooftop sunset... but only if you like to shake your.. head!"


Biography of Emerson Todd:Stretching back much further than his first visit to a night club, Emerson Todd's musical heritage comes from a very, very early age. Growing up and going to festivals as a child and being named after a prog rock band, did he ever really stand a chance?

With a family owned record shop thrown into the mix he was soon collecting music before he even knew about djing.. He first learnt the art of music selection when the tapes or 12"s ran their course at family parties, It was a young Mr Todd that would change the music and with that came his first experience of learning how to keep a party going.

Since then his musical journey has followed a geographical one, while moving from New Zealand to Australia, London and now Berlin, Emerson has graced such labels as Saved Records, Upon You, One Records, Cocoon, Get Physical, Apparel Music, Souvenir Music and My Favourite Robot; a diverse selection of labels for an artists whose inspirations and sets come from an equally diverse backgroundAfter several years of building his reputation as a professional dj in New Zealand it wasnt long before he had established himself as one of the country’s top DJ’s, balancing national tours with monthly gigs in Australia. Then in 1998 he met Christiaan Ercolano and formed House of Downtown. This quickly gathered an impressive following with the success of their weekly radio show and their debut single ‘Up For the One’, which was supported by the likes of Derrick May.
The pair were soon snapped up by Universal Music who offered them their own label to run and release on. Subsequently, they produced two full-length albums. During this time, they also produced the complete movie score for UK Company Film Four (of ‘Lock, Stock and Two Smoking Barrels’ fame) for the movie ‘Stickmen’.

Emerson moved from New Zealand to Sydney Australia where he began working fulltime as an audio engineer. His skills were duly sort after, and he went on to engineer some of the country’s most well known acts including The Sleepy Jackson, Teenager, Pnau, and festival headliners, The Presets.

Not only were his talents behind the desk gaining recognition, but also behind the decks. Becoming a regular fixture at Sydney’s leading techno nights saw Emerson’s bookings increase around Australia. But it was with the release of the, bass heavy Rumplestiltskin that really put Emerson back in the spotlight. Big, tight and bouncy, it was instantly picked up by Claude VonStroke for Dirtybird.
As the gigs and productions followed, it was not long before it was time for Emerson to make the leave from the antipodes and throw himself into the thick of the action. 2009 saw him make the move to London. This almost instantly paid off, as just a couple of months after, his first EP for Get Physical was signed.
Now based in Berlin Emerson has found his grounding and established himself as a forward thinking producer and dj. His releases are wide-ranging and always innovative as are his Dj sets.
Its easy to see why with such a rich musical background he is know just as well as a great DJ playing