This is Techno in its purest form, heavy and dark techno sound, as we like. Hector Oaks from Madrid brings the heavy stuff to a new edition of Reclaim Your Cirty Podcast. 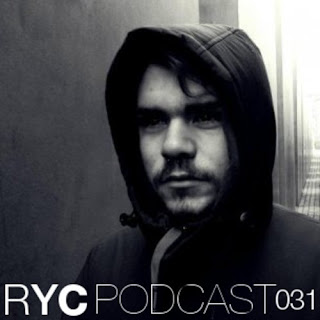 Hector Oaks is a sound technician, techno dj and producer from Madrid, born in 1990 Hector is resident Dj of the well kown spanish festival parties and preparties Klubbers Day in Madrid. Since september of this year he have played with djs such as: Speedy J, Alexander Kowalski, The advent, Dubfire, Umek, Alex Under... among many others. In 2012 he played at Madrid´s famous festival Space of sound the 1st of january where the best artists of the world are used to play every newyears eve.He have played in the best clubs of Madrid, Fabrik, Danzoo, Specka...

As a Producer he have released and will released in really important techno labels such as Fluxus, CRS, Rez and the label for the well known CLR member Rebekah, Decoy.
His music could be described as Modern Techno shared with old school but he is used to trip between lots of styles such as house, ambient, dubstep, chicago, acid... always with dark essence.

His music has been played by dis such as Xhin, Tommy Four Seven, Rebekah, HD Substance, Psyk, Exium