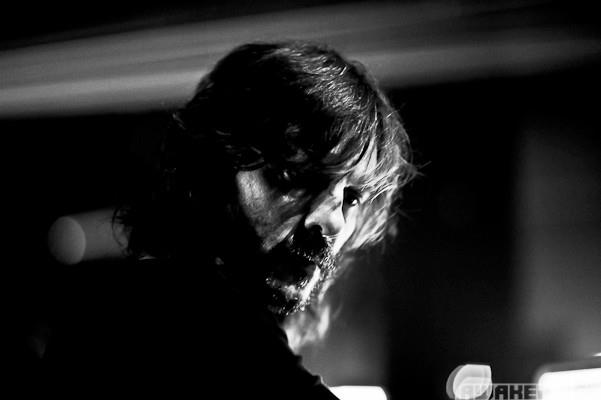 The mid-eighties, Madrid. The Spanish capital is teeming under the grip of a musical explosion the likes of which has never been seen before. In the midst of that rabid swirl, a teenager, unknown and unassuming, enters a record shop to blow his savings on an album, Standing on a Beach, by The Cure. Little did he know that this was to be his first step on the long and difficult path to becoming one of the country’s essential djs.
He soon became a familiar face in the dj booths of the most exclusive underground clubs of Madrid, but the best was still to come and the first chapter was called New World, his first “proper” job.
New World sessions were soon all the rave and Oscar entered the studio for the first time to collaborate in the making of the club’s official record, Nuclear Zone. His was a backseat involvement, more as a sound advisor than as a producer. It wasn’t until later on that producing and deejaying became his livelihood. The record went on sale in 1993 and was quite a success, going on to get included in many of the national compilations of the time.

The New World experience finally came to an end. But it allowed for the birth of THE OMEN, which for many was the ultimate club. The Omen was so successful it quickly became a tourist attraction, with clubbers from all over the country coming to Madrid every weekend to enjoy Oscar’s sessions. This led to a change in his career. He gradually moved away from being an important resident dj to a travelling one. He started to travel regularly, taking the Omen sound all over the peninsula. Firstly to the north, and then gradually, to all four corners of the country. It was the beginning of Oscar’s intimate relationship with airports and the road.
And so to the year 1996 and the third Sonar, a festival which had by then become established as one of the most important in the world. For the first time, the name of Oscar Mulero appeared among the list of national invitees, alongside others of his generation such as The Frogmen, HD Substance or Resonic. Sonar 96 served to officially confirm a whole new scene that had until then been in an embryonic state, but which was now being taken seriously for the first time and coming to be viewed as the seed of something solid. At Sonar 1996, Oscar held his own against stars of the stature of Richie Hawtin, Garnier and Mills.
Outside Spain, people started talking about his unique technique and musical selection. Another mission accomplished. And so on to the next phase…

We have a very, very special guest for magic number 25. None other then Spanish techno legend Oscar Mulero has given us a special podcast running up to his performance at BALANS @ Melkweg Amsterdam on february 22nd! Oscar has been travelling the globe for 20 years with his cutting edge performances and is considered to be in techno's premier league. We are superproud and excited to have one of our alltime heroes on board for our podcast series! We hope you enjoy it as much as we do