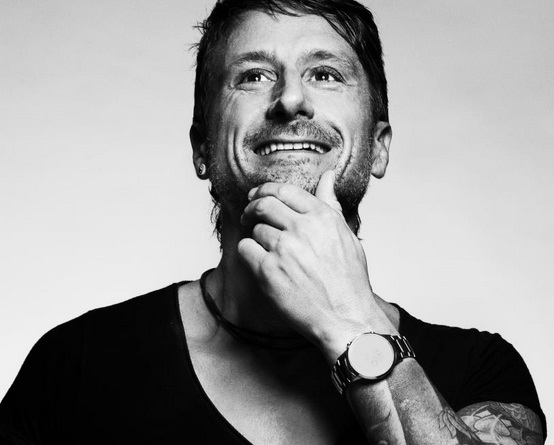 Marco Bailey: To survive in a fast moving, highly volatile scene such as the electronic dance scene is these days, perseverance and talent are just two of the very important parameters of success. Resistance certainly also counts in that way. In an era where the fast world of "EDM" unfolds in a very short time in new regions and new trends are born in a weekly mode, Marco Bailey is considered as an absolute figurehead in this business. It is indisputable that the Belgian is one of the big personalities who trust in the long-term nature of their work. He's dedicated to real honest and straight techno that is based simultaneously on progress and development.
In the mid-nineties, Marco Bailey was already successful with releases on the most prestigious labels, such as Tronic, Intec, Drumcode, Toolroom and1605. In 2012 alone he released five separate EPs on his own MB Elektronics label, as well as the acclaimed "Stella EP" (Intec) and "Jungle Laps" (Bedrock). Esteemed artists such as Adam Beyer, Speedy J, Christian Smith, Joseph Capriati, Dave Angel, Ken Ishii and Sian all remixed Marco Bailey. After his critically acclaimed "Dragon Man" LP on John Digweed’s Bedrock label in 2011, he now unveils his latest musical masterpiece at the start of 2013. “High Volume” (MB Elektronics) shows he is an artist with his finger firmly on the pulse, with twelve dynamic tracks he proves that Techno in 2013 can sound innovative and modern.
Marco Bailey will certainly win even more fans with this new project and his live performances in 2013. As always, he is passionate and full of fervour, but with a fresh attitude and even more wind in his sails. Festivals such as Tomorrowland (NL), Time Warp (NL), Awakenings (NL), I Love Techno (BE), Nature One (DE), Wire (JP), Monegros (SP) and clubs like Zouk (SG), Ageha (JP), Industrial Copera (ES), Chinese Laundry (AU) have all witnessed the amazing music of Marco Bailey. His annual guest appearances at Carl Cox "Revolution" at Space, Ibiza, are legendary. You only have to deal briefly with his person and his work and it is quite obvious: Marco Bailey fulfils all the necessary parameters.