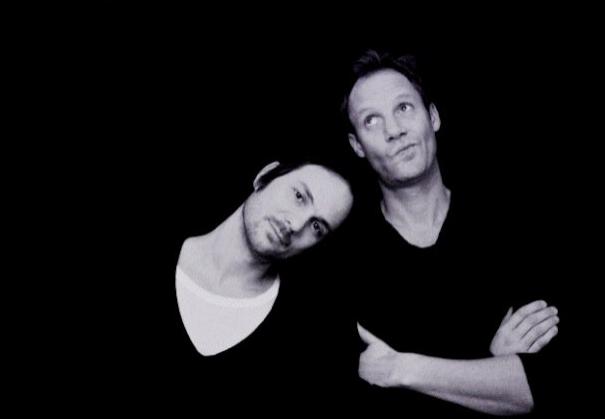 Biography of M.A.N.D.Y.
There is an air of mystery shrouding the true meaning behind the acronym of M.A.N.D.Y., an alias which embodies the mutual talents of childhood friends Philipp Jung and Patrick Bodmer. The pair readily indulge this curiosity by toying with various clever possibilities, including Me AND You, but the truth is likely a giggle under each of their talented breaths. P and P have carved a unique niche in electronic music by consistently selecting productions that induce their audience into a somatic frenzy. On the platform of their aptly titled Get Physical label, M.A.N.D.Y. has achieved massive success in colluding to create music that simply makes bodies move. Their foot stamping, hair flying passion is the ultimate expression of a dance music phenomenon for many years.
When M.A.N.D.Y. and Booka Shade joined as musical soul mates with DJ T., first in Frankfurt, then in Berlin, Get Physical produced a caliber of electricity that rippled throughout the EDM community and into the relative mainstream. Philipp's charm and savvy, Patrick's allusive artistry, DJ T.'s killer entrepreneurial sense and Booka Shade's collaborative genius combined to form a masterpiece of intelligent design that reflects romantic sensibility and technical virtuosity. Together, they push the boundaries of dance music to compile an enviable arsenal of electro kissing house while caressing disco and flirting with techno. Body Language was the ubiquitous hit of 2005 and M.A.N.D.Y.'s Fabric Series three years later cemented their reputation as two of the most captivating selectors on the planet. One of their most recent prestige was a complication for Renaissance in 2009 which was met with tremendous accolades and described by Resident Advisor as "maturity, smarts, and cohesion...that is rare these days."
Philipp and Patrick know exactly which buttons to press to make that bass jiggle up your spine and seduce your body free. Alongside many lives compadres Booka Shade, M.A.N.D.Y. has taken some time from their hectic global tour schedule to devise new elaborations, culminating in the release of Body Language Vol. 10 in April 2011. In addition to a single release that will be the first Booka Shade vs. M.A.N.D.Y. cooperation to be heard in years, the boys have closed on a revolutionary touring show that utilizes infrared technology and a new mapping technique to project inverted video effects onto their Physical form as they perform. It is no doubt that their plans for this never before seen live visual component will conjure the kind of visceral excitement that only this duo can. In the feat of the imagination, M.A.N.D.Y. powers on through a perpetual rebirth into pulsating beats and pretty lights.