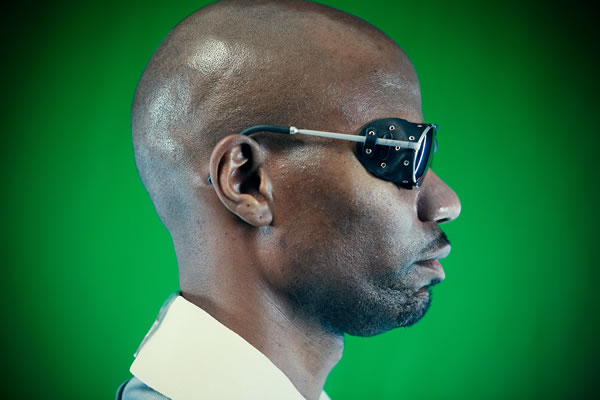 Using the Green Velvet moniker to make his singularly twisted, funk-flecked house and techno hybrid, it was as Cajmere that he made his first musical mark back in the early 90’s after ditching school half way through a post-grad, chemical engineering degree at top-notch US college Berkeley. Up until then, music had been a hobby fueled by cobbling together tracks on a “sixty buck keyboard, a cheap four-track and a cheap drum machine” while still an undergraduate at the University of Illinois.

In 1992, after surviving on cheese sandwiches and maximizing credit limits, Cajmere finally made an imprint on the dance community with his infectious experiment, “Coffee Pot” (It’s Time for the Percolator) – Clubhouse Records. Then he moved on to more complex musical and lyrical arrangements with songs like Lidell Townsell’s “Get With U” (Mercury Records).

The Cajmere and Dajae collaboration resulted in a #2 Billboard Dance Chart and International dance hit - “Brighter Days”. It was at this point that Cajmere decided to start Cajual Records. Having his own label gave Cajmere the autonomy to attain his goal of developing a sound that was representative of Chicago. Later that year, he formed the sub-label Relief Records, mostly for instrumental tracks by himself and others. The label gave birth to his first Green Velvet production ‘Velvet Tracks’.