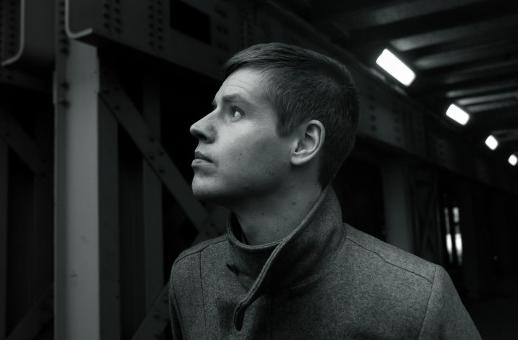 By the end of 2000 Joris began building a small studio to produce his own music, which led to his first release called 'muted trax pt.1' on Keynote. His first EP was massive success, filling the record boxes of Carl Craig, Laurent Garnier, DJ Rush and Technasia. In 2003 'Lost memories Pt.1' was released on Technasia's SINO label and was followed by 'Lost memories Pt.2' containing the anthem 'Incident' which was heard on dancefloors around the world.
After the success of 'Incident', Voorn released his debut cd album called 'Future History' on the Sino label.
Encompassing 3 years of ideas and inspiration, the cd contains 20 diverse tracks, a seamless soundscape that represents his arrival as one of the most relevant techno producers of this time.
In the summer of 2005 Joris Voorn's new personal outlet called 'green' saw the light of day. 'A dedicated mind' was released as the first EP, which garnered success globally. He also completed his debut DJ mix CD for the Fuse club in Belgium. After Dave Clarke, DJ Hell and Technasia, Fuse presented Joris Voorn to mix part 4 of their international resident's dj mix albums. The mix contained over 40 tracks of timeless techno music mixed with the help of Ableton Live for its endless mixing and editing possibilities.
In 2006 the sophomore release under Voorn's Green label, named 'MPX_309', was a crossover techno work that was played out by techno, minimal, house and trance DJs. During the same year Voorn created his second album, released worldwide in June 2007. This new piece of work called 'From a deep place' featured many different styles of electronic music, ranging from atmospheric interludes to broken beats, house and deep soulful techno.