Carrying well over fifteen years of love for techno and performing experience with him, Invite is one of Holland’s few true household names. A modest perfectionist at heart, he translates his passion and drive into outspoken and highly versatile DJ-sets. Whether it’s opening deep and warm,closing rough and edgy, a small crowd or large setting Invite treats every gig with the same amount of diligence and respect. When given carte blanche and an extended timeslot, something he much prefers, Invite is able to move a crowd like few others can.
His career has seen him perform at numerous events including Planet Rose, Imprint, Time Warp and Awakenings, festivals such as Awakefest and Free Your Mind and venues like Trouw, Paradiso and Doornroosje, on multiple occasions alongside the likes of Surgeon, Dave Clarke, Ben Sims and Jeff Mills.
Invite’s reach doesn’t stop at the border however; he has played in Germany, Croatia, Slovenia, Scotland, Czech Republic, Austria, Scotland, Estonia, France and Belgium and is looking forward to a lot more traveling.
Early 2011 has also marked the launch of his own podcast series, dubbed Invite’s Choice. Aiming to provide international techno artists with a sixty-minute platform to think 100% out of the box and record a set without any musical limitations, it’s quickly become one of the best weekly podcasts out there. 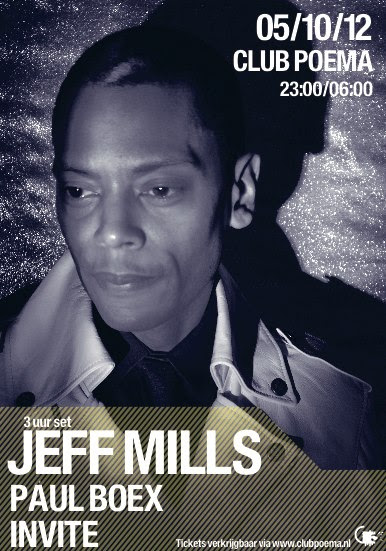