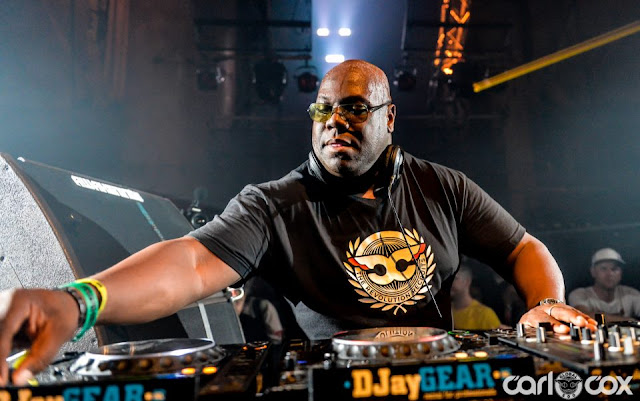 Carl Cox Words: "Thank you everyone for an amazing 500th show, to the crowd, all the other DJ's who rocked it and of course to all of you listening around the world. AMAZING!....Carl Cox Global 500 at Awakenings over and out."

Something about Carl Cox:
Carl’s classic releases include his 1995 mix CD, 'F.A.C.T,' which became a techno benchmark, selling over 250,000 copies, and the 1996 EP 'Two Paintings and a Drum,' which again broke the British top 30. Alongside Carl’s ‘Ultimate Music Management’ company, which counted Josh Wink and Laurent Garnier among 27 clients, there was the Ultimatum record label, for which Carl recorded his third top 30 UK single, 'Sensual Sophis-ti-cat.' In 2005, Carl’s third album, ‘The Second Sign’ caused a stir across Europe and reached number 3 in Spain’s national chart. Also gaining critical acclaim was speaker freaker ‘Dirty Bass,’ a collaboration with Christian Smith, and the funky ‘Give Me Your Love’, both released on 23rd Century Records, an outlet for his own burgeoning production output.

Carl formed his own label, Intec Records, in 1999, scoring a series of underground hits and enjoying eight years at the forefront of electronic music, before its closure in 2006. Since then Carl has never stopped receiving new music from budding DJs, and with the new digital world making record labels more economical to run, Carl decided to re-launch Intec at the start of 2010. It’s been a triumphant return, thanks to exclusives from Yousef, Carlo Lio, Jim Rivers, Jon Rundell and Umek: “The label couldn’t be going better,” says Carl. “It’s great to be back at the helm discovering underground DJs.”

Intec Digital will also be the home of Carl’s much-anticipated new artist album, ‘All Roads Lead to the Dancefloor,’ due 2011. “It’s the most forward-thinking album I’ve ever made,” promises Carl. “I’ve missed making music and I’m really looking forward to finally getting it out there, especially as it’s coming out on Intec.” On top of this, there are plans to follow the already successful Intec live shows, with a full Intec world tour, featuring Carl and his label’s artists, details to be announced.