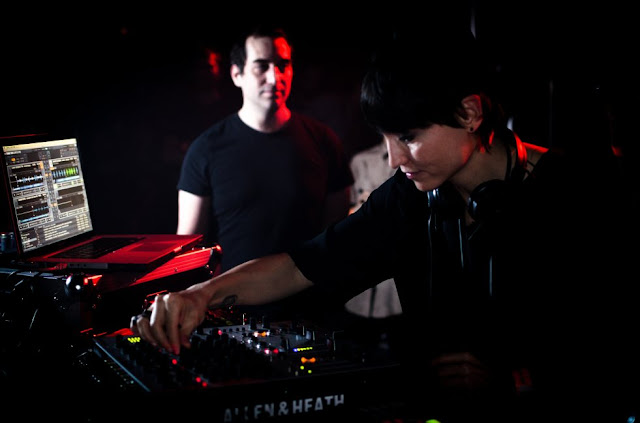 Something about Troy Pierce: Growing up in Indiana, right by the electronic hotspots of Detroit and Chicago, it's no wonder Troy Pierce was infected with the dance music bug early on. Since then, he's developed into a pillar of the modern techno community thanks to world tours, live shows, albums and EPs under a number of aliases and as part of more than one studio collective.
The Troy Pierce sound is one which has constantly veered from dense, layered and abstract to stripped down, acid infused and pulsing. His sonic palette is one that draws on a wide array of influences and reaches far outside the confines of the studio and into an otherworld entirely. Fusing techno with minimalism, darkness with light and heaviness with rhythm, this American has never been afraid to experiment in the outer regions of his vast musical universe.

Something about Magda:  Magda is an artist who can never be pinned down, no matter the timeframe or time signature. Any one of the Detroit-raised artist's DJ sets or productions breeds a rare feel of mystique and discovery. "I'm really obsessed with finding a line between things - between sounds and between genres. My influences come from a life spent in very different environments, which plays a huge role in the way I connect with music."
Dramatic sounds and eccentric basslines carry her multilayered sound, which veers everywhere from funked-out space disco to the intricately-programmed, metallic feel of Detroit to stripped down techno, all the way to Italian horror film soundtracks. The only thing that remains consistent is the element of surprise.

Something about Marc Houle: Marc Houle grew up in Windsor, Canada with Detroit as his mid-90's backyard party playground - as a kid he had a love for obscure new wave & analog synths, so it was just a matter of time before he started making music of his own. Ask any of his friends, and they'll tell you the same: the guy is a prolific music-making-machinist, dedicated to quality, but quantity as well - with nearly 1,000 tracks to his credit (most of which are tucked away on his hard drive as super secret weapons).
Marc Houle's current sound can be described in cityscapes - somewhere between Chicago & Detroit, with a new-wave underbelly. His live performances are always diverse & genre-bending reigns supreme. No two sets are ever the same, except perhaps, their ability to impress the crowd.