In the mix with a Detroit legend.
Minimal techno pioneer, Underground Resistance alum, Detroit original—it'd be easy for Robert Hood to rest on his laurels, to become little more than a time capsule. But while to this day you know a Hood record when you hear it, he hasn't stopped moving forward, whether by continually refining the pared-down sound that made him famous, revisiting another shade of his musical personality (his Floorplan alias has been particularly active these last few years), or throwing curveballs at those who think "president of Minimal Nation" pretty much covers his place in electronic music history.

The latter's certainly the case on Motor: Nighttime World 3, the surprisingly lush recent installment of his series delving into the metaphysics of the Motor City. "Techno of big, broken-hearted beauty," is what RA's Tony Naylor had to say. But let's go further: It's as nuanced a reading of his hometown—politically, socially, spiritually, and, of course, musically—as you're likely to get through sound alone. Meaty stuff from a guy who's made his name stripping techno down to the bone.
Which isn't to say that a guy making such thought-provoking music can't throw down a good party set, because that's precisely what we get on RA.330: the rhythms are driving and the loops unrelenting—this is Hood, after all. Your feet should know just what to do. 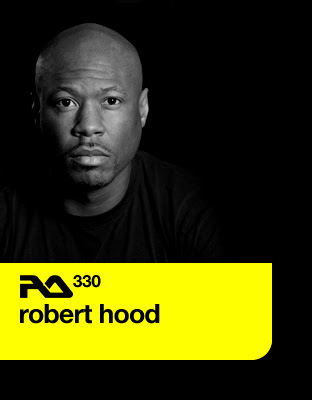