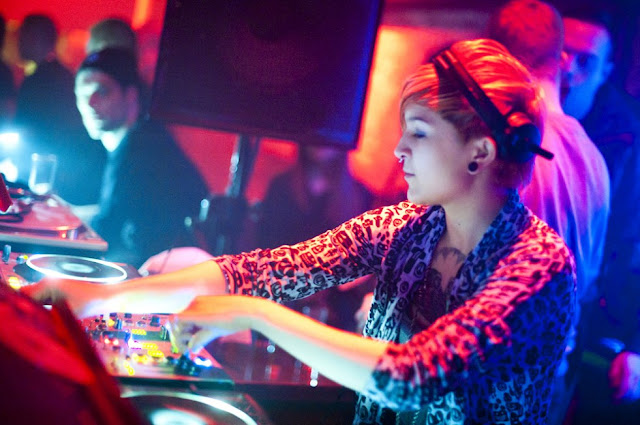 2010 has certainly been the year that 23 year old Maya Jane Coles announced herself as one of the most talented up and coming artists in electronic music.
In the years preceding a steady output of techy cuts on labels such as Dogmatik and 1trax simmered away catching the attention of cluded up heads and savy A&R people alike. It was her debut EP on Franck Roger’s Real Tone though that ignited the fire of hype and boosted her profile on the global stage receiving heavy support from the house & techno elite. Aside from being hammered repeatedly on the worlds most happening dance floors ‘What They Say’ reached the number 1 spot on across the board; Beatport Deep House Chart No. 1, Tarxsource top download & Resident Advisors most charted tracks for October. It’s safe to say the release won the hearts and heads of fans and critics a like and a landmark year was topped off with a nomination for Best Breakthrough Producer nomination in the DJ Mag Best of British awards.
Not one to fall victim to the pitfalls of being one of the scenes ‘buzz names’, Maya has built on her flourishing reputation with a slew of gigs across Europe holding her own alongside world renounced DJs. So much so her schedule for 2011 is already jam packed with dates across Europe; London’s Fabric, Batofar, Watergate, not to mention iconic Glastonbury Festival, just a few of the destinations.
Maya’s productions take’s influence from a diverse range of musical styles and British – Japanese heritage. Her talents are by no means confided to realms of house and techno. Under the guise of her live dub/electronica outfit, ‘She Is Danger (alongside the multi-instrumentalist/singer Lena Cullen) she has remixed the likes of Massive Attack and Gorillaz and fans of her Dubstep Product under the name Noctural Sunshine include key tastemakers, Joy Orbison and Sucba to name a few.
As well as her trademark bass heavy approach Maya’s diversity as a producer also shines through in productions under her own name as well. Climbing high in Beatport’s ‘Chillout’ top 100 tracks from her stunning ‘Humming Bird’ EP on Hypercolour showcase her blissful vocals and ability to create songs and not just music for the dance floor. Forthcoming EPs on Anja Schneider’s Mobilee Records and for a number highly anticipated exclusives will no doubt elevate her status even further.
A bright talent with more than a couple of strings to her bow Maya Jane Coles is only just getting started.