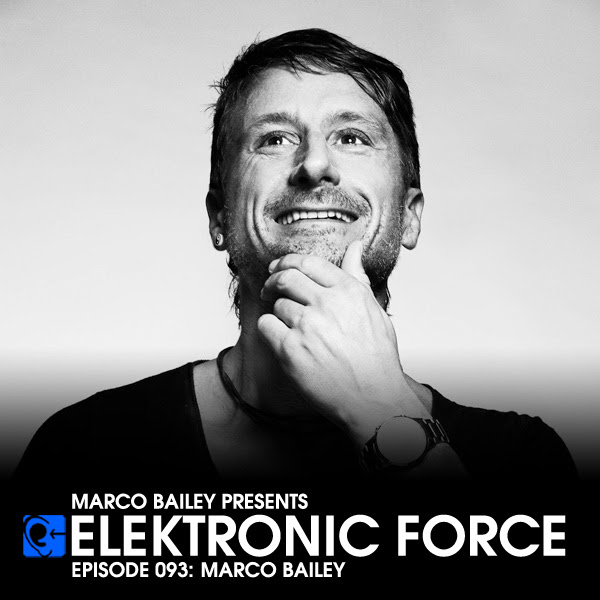 Something about Marco Bailey: In 2000 he joined forces with Christian Varela to set up Pornographic Recordings, a respected outlet to give unknown talent a chance to release their music. After a short hiatus where both parties concentrated on their own careers the label is back up and running with releases from Joseph Capriati and Cristian Varela. The Pornographic parties, which are a great success in Spain, are continuing to become bigger and better around the world.Marco Bailey does not like to think in boxes but more outside the box. Although he has an expansive taste in music, techno keeps intriguing him. Despite techno growing into a bigger genre with its sub-styles in minimal, tech house and hard techno, he still discovers fascinating records in every style. This is the reason Marco's sound is so diverse and surprising.
A slight change of both his production and DJ-ing styles has led to recent releases on John Digweed's forward-thinking Bedrock Records (‘Jungle Laps’, October 2009 / ‘Watergate EP’, January 2010 / ‘Rayavadee’ with Tom Hades, April 2010), with a new artist album due on the label in February 2011.
2010 has given Marco so many happy memories. Whether it be Marco’s shows with Carl Cox at Space Ibiza and Brixton Academy London, or the landmark of celebrating 60 releases on MB Elektronic’s with Marco’s ‘The Sixtieth’ compilation, or the honour of being voted 20th most popular DJ in Japan by the influential Loud Magazine. Most recently, Marco has releases currently available on Spektre’s Respekt Recordings (‘Sweet Narcoses EP’) and Fergie’s Rekluse label (‘Acid Sop’). Both EP’s are collaborations with Tom Hades and should keep the floors rocking over the New Year period with their heavy intense grooves and playful melodies. To finish the year off perfectly, Marco’s weekly ‘MB Elektronik Force’ radio show is now available worldwide as a podcast via iTunes and in more than 25 radiostations worldwide.