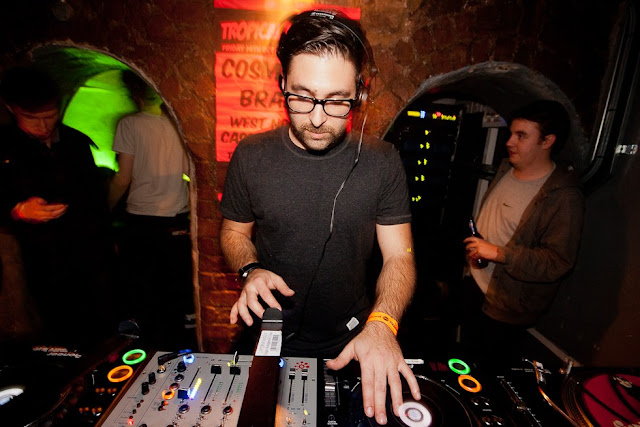 There are those who imitate, and those who innovate: Romanian born, Berlin based producer Cosmin Nicolae is unquestionably the latter. At this point in time youll find him honing a ghostly, sketchy techno blueprint that fuses shuffling drums with eerie synths, snatched vocals-as-instruments and strains of Detroit and Chicago classicism. These analogue sounds arrive on labels like connoisseur Dutch imprint Rush Hour as well as Modeselektors 50 Weapons and Untolds hotter-than-hot Hemlock, but are a stylistic mile away from the sound with which the man first emerged.
Back in 2007, when known simply as TRG, a breakthrough came courtesy of Put You Down/Broken Hearts the track which launched Ramadanman, Panagea and Ben UFOs now much lauded label Hessle Audio. The ensuing years have seen Cosmins sound in a state of constant flux, ever shifting through previously undefined sonic territory.
Although they say certain styles of music are native to certain cities, this producer is proving otherwise in the way his music draws distant parallels with 90s Warp, naughties London and du jour Berlin imprints like Fachwerk. There is no template in mind he says of his idiosyncratic sounds, we all have our own little strategies, but for me its just about making it personal. A simple but effective approach, its one thats working wonders for Cosmin who is now found DJing everywhere from Fabric to Sonar to Berghain on any given weekend.
As well as a debut album is coming late August 2011 on 50 Weapons, the restless creatives live setup is also evolving, endeavouring to create an ever more immersive and unpredictable soundtrack in the club. Though impossible to pin down, theres a distinguished and distinguishable sonic personality about all to that which bares Cosmins name, and its that which makes him the essential electronic talent that he is.