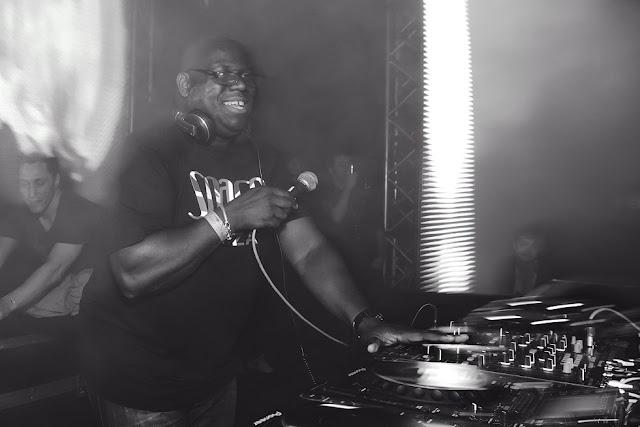 Something about Carl Cox:
I started by setting up my first imprint, MMR, for Techno productions. I found that my popularity as a DJ gave me an opportunity to take techno to the masses and my first album FACT (Future Alliance of Communication and Technology) has to this day sold 250,000 copies. I spent 5 years under my own Ultimate Music Management which spawned club nights and tours alike and set up the forward-looking Worldwide Ultimatum to encourage the creative talents of more DJ's such as Josh Abraham's, Trevor Rockcliffe, Earl Gray and DJ Dan. In 1996 Nicky Holloway approached me to start a new night based on the style of music I was playing at the time and Ultimate Base was born at Velvet Underground along with the help of Jim Masters. Over the last 5 years Ultimate Base has showcased some of the world's finest techno DJ's, steered by a futuristic ideal, which very much reflects my own way of thinking.
The last several years have been absolutely mind blowing. In between jet-setting between gigs as far afield as South Africa, Israel, Tasmania and Asia I kick-started my acting career in the classic UK clubbing film 'Human Traffic' and somewhere along the way I found time to start new labels Ultimatum Breaks and Intec to focus on providing quality purist house and techno. I have regularly contributed Essential mixes for Radio One and I followed up the success of FACT (1&2) with several more mix albums including 'Phuture 2000'. My career has been marked by a number of awards - I was awarded IDA 'DJ Of The Year' 2 years in a row, Muzik named me as the Best British DJ and I've had more honours from NME, Dancestar and countless other organisations all over the world.