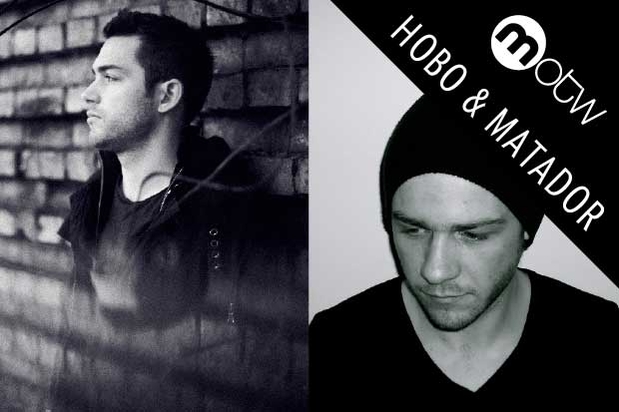 Hobos are wanderers - migrant work-seekers, constantly on the move. You can tell that he is aware of this fact every time he steps into his studio, because speaking musically, for him the same path is never trodden twice. When asked why he never seems to repeat himself, he will answer without hesitation: “You stay still, you’re more likely to be left behind.” It sounds so simple but it makes so much sense. He freely admits that there will be people who come along and stick around by playing it safe, finding something that works, and riding it as long as possible. For him, however, that is not an option. Boychuk speaks of idleness and stagnation as though they’re the worst plague imaginable. And it’s valid logic. Everything is in a state of change, why not embrace it? And embrace it the twenty-four year old producer has.

With simple beginnings in between Canada and Detroit, the young star has risen from total obscurity, to performances at some of the world’s hottest clubs, along side it’s hottest DJs. Fabric in London, Amnesia in Ibiza, Tenax in Florence, and Europe’s biggest festivals are among the stops that this Hobo has made in his never ending commute. And there looks to be no end in sight. Boychuk is always hard at work on his next idea, and yet somehow he makes time to gain extra credits wherever possible, most recently as ‘Assistant Executive Audio Producer” for the acclaimed Plastikman Live tour in store for 2010. When asked how he manages, he reveals his first noticeable consistency, in saying: “Just never stop moving.” It’s a mantra he wears proudly, and that pays off everyday.

The Matador Project was set up in December 2006 by Producer/Engineer/DJ "Gavin Lynch". This guise was simply intended for the writing & release of work created in the early hours…Nightworks, this time being when production is at its most natural for the 'Matador Sound'.

These early productions often went back and forth as they were road tested at various dj residencies in Dublin, '515@Tripod', 'Acii Disco', & the infamous 'Mixed Salad' parties. These nights & parties would pave the way, stimulate & energize this project & sound in a huge way for the years to come…..
Trained as a chef, sound engineer & music producer, Gavin has found his place comfortably in any creative environment, and takes great pride in the work & ethics involved. The journey into techno first began when listening to early dj compilations, 'Dave Clarkes World Service', 'Richie Hawtin's Decks Efx 909' and various others. These 2 particular mixes retained amazing tracklists & from listening to them over & over, whilst sourcing the singles on vinyl, production & engineering was the natural course to take. Understanding, educating, consuming, growing, with time & energy…