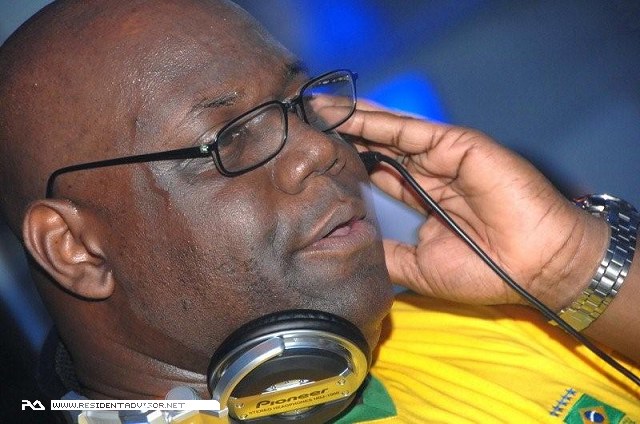 Something about Carl Cox:  I can't remember a time without the strains of soul music drifting through our house. With both parents coming from Barbados I was brought up very much in tune with a natural party ethos that went hand in hand with a love of good music. My earliest musical memories are of Booker T and the MGs, Aretha Franklin and, of course the great Elvis, and I used to hijack my parents collection of 70's soul 45's and get the whole family grooving round the lounge! I guess the early signs were there - my passion for music combined with an over-whelming desire to entertain as many people as possible.
By 10 I had well and truly caught the bug and was spending every bit of my pocket money on soul and funk records. I got my first pair of decks (just the 2!) by the age of 15 and I started to play as many parties as I could, discovering that I could buzz off a crowd whilst funding my habit at the same time. As the 70's became the 80's I followed the musical trend from soul to disco to hip-hop but it wasn't really until I moved to Brighton in 1986 that I discovered, along with so many others, the pure thrill of acid house.
The 'Summer Of Love' was special for me in more ways than one. It was at the Sunrise rave on the outskirts of London in 1988 that I had had my biggest breakthrough yet. I was already something of a regular on the infamous M1/Orbital rave circuit but it was at Sunrise that I had the idea to hook up a third deck. At 10.30am on a hazy Sunday morning I managed to tempt 15,000 partied out ravers back onto their weary feet and kick the party back into action - it was an amazing experience- and since then my phone has not stopped ringing with offers for 'The 3 Deck Wizard'. I was fortunate enough to participate in many of the events that have gone down in history as defining moments in the history of UK club culture, such as playing the opening night at Rampling's legendary Shoom, running The Project with Oakie as well as holding a residency at Brighton's ZAP club.
With my reputation as a DJ well and truly secured I was able to turn my attentions towards producing. Initially signing to Perfecto I had my first hit in 1992 with 'I Want You' and, believe me, no one was more surprised than me when I found myself performing on Top Of The Pops when my record peaked at number 23 in the UK charts!!
Despite the fact that the follow up 'Does It Feel Good To You' also charted in the top 40, commercial success was never what I had been aiming for, it was all somewhat too far removed from the reality and buzz of setting a dance floor alight. Whilst fellow spinners such as Grooverider and Fabio moved from raves into Jungle, choosing to focus on a very UK and London orientated sound, I couldn't escape the American and European influences that had always been there whilst I was growing up. I have always been very globally minded which comes across in my choice of music, which I use to cross physical and cultural boundaries to bring people together. Essentially my heart lies with house and techno and it was for this reason that I chose to take a back seat from my impending career as a pop star and be true to myself by going underground and re-discovering my roots.