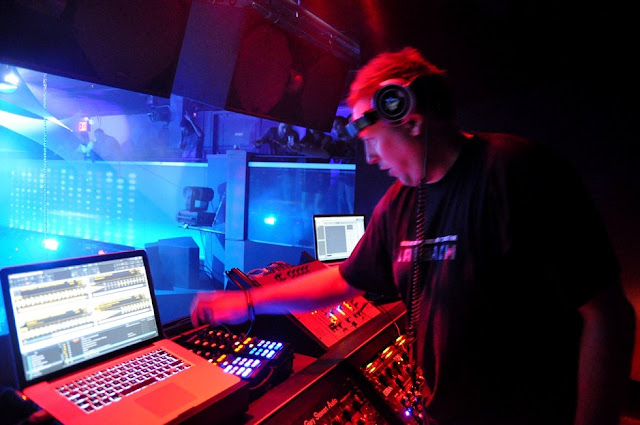 The industrial designed K4 club in the basement of Student’s Union HQ in the centre of Ljubljana is still considered to be Umek’s resident club, although he’s not an official resident deejay anymore. But since his most loyal fans are still gathering there, K4 represented the playground for testing new productions, concepts and sounds. "It’s where everything started. This is the place where I’ve got in touch with first Slovenian electronic projects such as Anna Lies, Clox or Random Logic. Some of those guys were and still are important part of my life. It was Jure Havlicek who ultimately influenced my decision to get involved in professional music production. Gregor Zemljic is mastering all of my tracks. And I’ve founded my first band Mouse Trap with Uros and Vid, who have opened my eyes and ears to this culture.”

It was his friend’s Uros home where Umek got in touch with UK based pirate radio stations such as Green Apple/Dance Nation. "We picked up this programs via satellite dish. They played hardcore, breakbeat and techno non stop at the weekend, and even though we were recording it, we never left the house so we would not miss anything!” His friend was also the one who introduced him the Screen Tracker. "It was the very basic 8-bit resolution production tool with four mono channels, but that’s how everything started. After I’ve finally managed to save enough money to buy proper sampler, the outside world ceased to exist. I’ve became totally obsessed with that box. I’ve spent up to sixteen hours a day working on that machine."