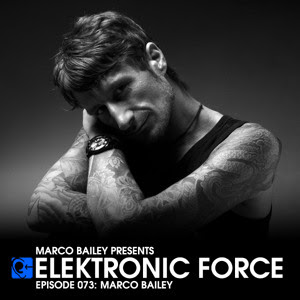 Marco grew up in a small village in Belgium. Nothing much happened there really, but he did learn that one doesn't achieve much without working hard. He is a true hedonist but a workaholic as well. Marco loves to work hard and spin records as much as possible; sleeping is for later. Therefore, his colleagues know him for his no-nonsense kick-ass mentality.

2010 has given Marco so many happy memories. Whether it be Marco’s shows with Carl Cox at Space Ibiza and Brixton Academy London, or the landmark of celebrating 60 releases on MB Elektronic’s with Marco’s ‘The Sixtieth’ compilation, or the honour of being voted 20th most popular DJ in Japan by the influential Loud Magazine. Most recently, Marco has releases currently available on Spektre’s Respekt Recordings (‘Sweet Narcoses EP’) and Fergie’s Rekluse label (‘Acid Sop’). Both EP’s are collaborations with Tom Hades and should keep the floors rocking over the New Year period with their heavy intense grooves and playful melodies. To finish the year off perfectly, Marco’s weekly ‘MB Elektronik Force’ radio show is now available worldwide as a podcast via iTunes and in more than 25 radiostations worldwide.