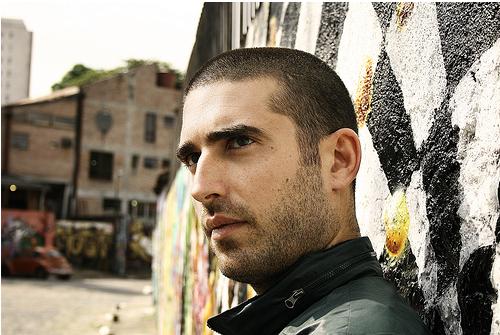 Popof is a French DJ/composer/arranger hailing from the rave party scene.

A former member of the free-party underground collective “Heretik System”, Popof has now participated as a solo artist in countless events throughout France, other European countries, North America, Latin America, the Middle-East, Asia and Australia.

Popof is a versatile artist who explores various genres of music. Today, he stresses his preference towards minimal techno and electro. His cutting edge tracks are made within the best traditions of techno mixed with a sip of tech-house .

Popof is featured on various labels such as Turbo, Cocoon, A.F.U, Cr2, Mistakes and others and is often playlisted by many renowned artists: Tiesto, Benny Benassi, Richie Hawtin, Ricardo Villalobos, Luciano, Sven Vath, John Digweed, Tiga, Sasha, Erol Alkan, etc. Popof has now become a superstar at the level that each release gets at least into the Top 5 download lists, if not the first place .

Popof is now very in demand for his remixes. The list of them is already quite impressive, it includes famous artists such as Depeche Mode, Chemical Brothers, Moby, Booka Shade, Vitalic, Tiga, Martin Solveig and others.

In 2009 Popof created his own label ”Form” to express his artistic ambitions more freely.