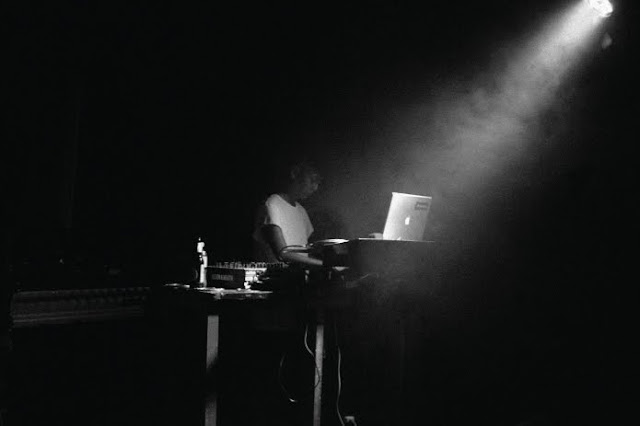 Without any doubt Xhin needs little introduction for the followers of contemporary electronic music scene. But on the other hand, there are so many things that need to be said about this Singaporean talent. His sets are diverse and challenging, his productions are abstract and eccentric, and the worldwide attention drawn to this guy really speaks for itself. Hope you'll find that out yourself while listening to this new Addicted podcast by the one and only Xhin.

- Unlike many other techno artists who made their way to the scene by trying to release on established labels, you put on your early works yourself by means of self-publishing. Can you tell us how it all started for you: when did you make your first steps in producing and how did you end up releasing tunes on European labels?

- In the beginning, in my native country, I was just another nobody in our little so-called electronic music scene, but I have already started making music and with the help from a friend to fund the publishing so that i could release something "official" which was the CD format, to pass on to some radio stations and DJ friends. And then we made it to our local stores for sale. About 2 years later I think, I realised that my music needed to reach out to the rest of the world, and then I found out about MySpace. A guy who used to work for this label called Meerestief from Stuttgart, Germany, was kind of fond of my tracks posted up there and he contacted me for a possible release on the label.

- It is widely known that you had experience of working with commercial brands like Nokia and Nike for a while. Does it have something in common with the music you release as Xhin for public attention? What are the similarities of these approaches and what are the differences between them?

- Both are totally different worlds: I make various of genres and sound designing for the commercial side of things. As for Xhin, you know what kind of music I'm making...

- Last year you released another album called ‘Sword’ which probably turned out to be the most successful project of yours in terms of attention drawn. Are you happy with how it all ended? Is it fair to say that more dancefloor-friendly stuff (like those tunes you release on CLR/Token) would be out of context if being placed on the album?

- I think you can somehow hear some elements that are quite similar, same identical structures approach from all of my current production even though they are made for the dancefloor, or home listening.

- You have your own special way of building a club set. I have noticed that you are always trying to play more ‘leftfield’ music in the beginning and especially at the end of the set which is really fascinating. Please describe how you see the development of your mixes yourself.

- Thank You. I think the way how I mix is that I like my sets to be a little playful sometimes. I like music not just only the Techno side of things. There are many other genres that you can dance to as well.

- How would you describe/introduce your Addicted podcast to those who haven’t listened to it yet? I assume that there are lot of ‘combined’ tracks made on the fly here, aren’t there?

- It was recorded during a jam session in my studio. This mix consists of the regular dancefloor material and some breaky stuff in the next half. Basically, it's a set of tunes that I normally play out.