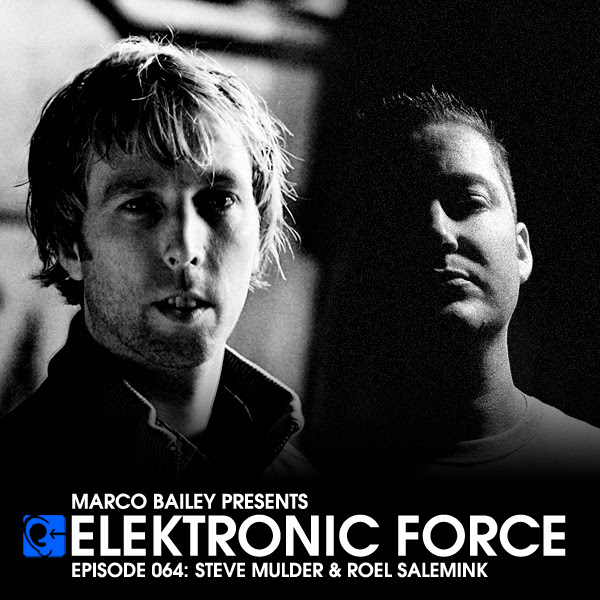 When you grow up in a small place like Gendringen/The Netherlands, there’s not much that will keep you busy unless you can find yourself an all-consuming hobby pretty fast. Roel Salemink chose to combat small town syndrome by developing his passion for music, spending his formative years obsessing over different styles of music.
By the early 90s he had become hooked on house, a habit he has never since managed to kick. After experimenting with various iterations of the genre he began to focus more on techhouse and techno, which to this day continues to be his greatest passion.

Professionally, his musical journey began when he started organising and promoting techno parties, booking headline acts like Takaaki Itoh, Christian Wunsch, Pacou, Recyver Dogs and Darko Esser to name a few. The success of these events gave Roel the confidence to develop his own event – the magnificent and memorable Magnifique.
This event saw him take to the stage alongside a whole host of famous names, including Secret Cinema, Bart Skils, Isis, Marco Bailey and Peter Horrevorts. Keen to use his promotional skills across Europe and beyond, he has also hosted a stage at the famous German Festival Ruhr In Love which is attending by over 30.000 people.

It was not until 2008 that Salemink seriously turned his attention to producing. It speaks volumes that his first ever release, techno tune ‘Manalive’, became an instant classic. Put out by the famous Bush Records, home to the likes of Carl Cox and Dave Clarke, the track spent a solid eight weeks in the number one spot on the Beatport chart. The track was featured on a number of compilations, including ‘Carl Cox recorded live at Dance Valley’, and Salemink’s reputation was sealed.
His tunes regularly receive big name support from the likes of Carl Cox,Pete Tong, Pig&Dan;, Mauro Picotto, Doorn, Eddie Halliwell and a whole host more. If you want to hear more from Roel Salemink you can check out one of his podcasts that he provides regularly for shows like Steve Mulder’s Technation or the 90Watts radioshow on ibiza Global Radio.

There are plenty of exciting projects in the pipeline for this exceptionally talented DJ, promoter and producer this year. Not only is his Thailand tour kicking off this February, there are a host of new tracks and remixes on the way too. Projects include his reworking of techno classic Love Story by Andrew McLauchlan. He will also release remixes for Mauro Picotto and Loco & Jam. This exciting foray into techno history, born partly from nostalgia and partly from a desire to keep the sound fresh and current, promises to be something truly special and certainly worth watching out for.

Furthermore Salemink will launch his own label Roasted Recordings in 2011, so keep your eyes and ears open for this multi talented genius…