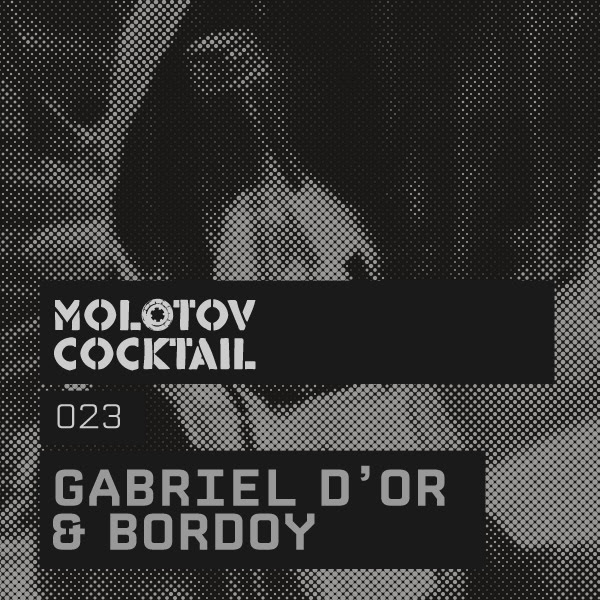 Something about Gabriel D'or & Bordoy:

The two artists were born in different countries but in the same year (1984).

In June of 2009, "Gabriel D'or" & "Bordoy" decided to combine their ideas and first-class skills. The immediate result was the release of one of the most sold tracks on the Beatport Minimal Chart: "They really need". This track was later mixed by artists like Richie Hawtin, Sebastien Leger and Alex Under, and was the chosen track for the "Cocoon in Fabrik" (Madrid) official promo video.

In January of 2010 "Supra Resistance E.P." was released to the public. Its track "Supranimal" climbed to #2 of Beatport Minimal, with "Water Resistance" reaching #56 on the Top Techno chart.

Seven years of producing and ten years of DJ'ing guarantee a live set flowing with enthusiasm and strength. A certain originality is attained by mixing two live sets, creating a puzzle made of loops, fx, very groovy bases, melodies and vocals from Funk, Reggae and Jazz, in accordance with the tech-house style. The duo use a sound board, two Apple laptops, three midi controllers and a turntable.

In these few months of working together, the duo has performed with artists like Guy Gerber, Luciano, Ricardo Villalobos, Alex Under or Jenipher Cardini in clubs such Fabrik and Penélope Madrid.