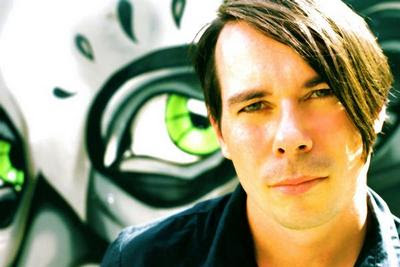 Originally from New Zealand, Emerson was half of House Of Downtown, arguably one of New Zealand’s more successful DJ and production duo’s. This partnership lead to worldwide bookings, a national radio show and two artist albums.

2003 saw Emerson move to Sydney Australia as he took a step out of the limelight, and began working as an audio engineer. His skills were duly sort after, and he went on to engineer some of the country’s most well known acts including The Sleepy Jackson, Teenager, Pnau, and festival headliners, The Presets.

Not only were his talents behind the desk gaining recognition, but also behind the decks. Becoming a regular fixture at Sydney’s leading techno nights saw Emerson’s bookings increase around Australia. But it was with the release of the, bass heavy Rumplestiltskin that really put Emerson back in the spotlight. Big, tight and bouncy, it was instantly picked up by Claude VonStroke for Dirtybird.
As the gigs and productions followed, it was not long before it was time for Emerson to make the leave the antipodes and throw himself into the thick of the action. 2009 saw him make the move to London. This almost instantly paid off, as just a couple of months after, his first EP was picked up by Get Physical where he is now a regular fixture. He was also asked to mixed the Balance presents Electric 05 Compilation

While the move to London certainly put Emerson back on the map it was his subsequent relocation to Berlin that really paid dividends. Not only now a core artist on Get Physical, Emerson is also part of Marco Ressman’s Upon You label family as well as Nic Fanciullis Saved Records.