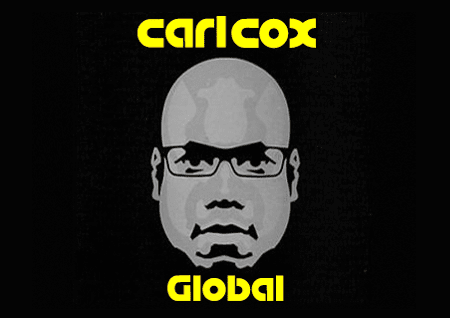 Carl formed his own label, Intec Records, in 1999, scoring a series of underground hits and enjoying eight years at the forefront of electronic music, before its closure in 2006. Since then Carl has never stopped receiving new music from budding DJs, and with the new digital world making record labels more economical to run, Carl decided to re-launch Intec at the start of 2010. It’s been a triumphant return, thanks to exclusives from Yousef, Carlo Lio, Jim Rivers, Jon Rundell and Umek: “The label couldn’t be going better,” says Carl. “It’s great to be back at the helm discovering underground DJs.”

Intec Digital will also be the home of Carl’s much-anticipated new artist album, ‘All Roads Lead to the Dancefloor,’ due 2011. “It’s the most forward-thinking album I’ve ever made,” promises Carl. “I’ve missed making music and I’m really looking forward to finally getting it out there, especially as it’s coming out on Intec.” On top of this, there are plans to follow the already successful Intec live shows, with a full Intec world tour, featuring Carl and his label’s artists, details to be announced.

Summer 2011 will mark a landmark anniversary of Carl’s now legendary Ibiza residency, as Carl Cox and Safehouse Management celebrate an astounding 10th consecutive year at Space. Marking a change in direction from traditional Ibiza parties, Carl and his Space revolution has always been acclaimed for its adventurous and forward-thinking line-ups, musical direction and state of the art production. This, along with Carl’s highly involved and passionate role as promoter, programmer and host, is why each year has seen a growth and progression from the last, both in terms of quality and size, with 2010’s The Revolution Continues being one of their most successful seasons yet. “We had a successful night because we just batten down the hatches and stick to what we do best, which is give value for money,” explains Carl. “People came back to us, as they’re big believers in our brand. Also Space is a great club, they’ve spent a lot of money on it, and it’s just getting better and better. We had a phenomenal year and I promise 2011 is going to be even better.”

All this and still Carl’s ‘Global’ radio show is breaking records, now reaching over 12-million listeners worldwide and syndicated across 60 terrestrial FM, Satellite and DAB stations throughout 35 countries, making him one of the most important broadcasters on the planet.

With this, his iPhone App, Intec Digital, Ibiza 2011, and his highly anticipated new longplayer, Carl shows no signs of slowing down. “After the Ibiza seasons, after the festivals I’ve done, after my own events, albums and remixing,” says Carl, “the story still continues in a massive way – there’s so much more still to come.”