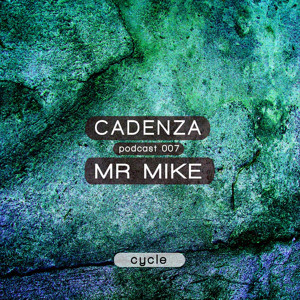 After more than 20 years on the European Dance music scene Mr Mike need no introduction. Born in Jamaica and raised in the UK, he discovered his true passion for music at an early age through his family and church. His first track came out while living in Antwerp Belgium. In the 80's he released the first disco hit to come out of Europe "Why can't we live together" under the name Mike Anthony. This caused him to spend several years in the diamond dealer's capital, mixing and developing disco, later known as house music. He arrived in Switzerland in the late 80's and started working for the Swiss national radio Couleur 3. Using the radio name "Mr Mike" he quickly got the recognition and popularity he deserved, being one of the pioneers of what we today call the Swiss Dance music scene. He produced various tracks in collaboration with former associate Djaimin as the Black and white brothers releasing the classic hits "Put your hands up in the air" and "Pump it up" which made him rise to the top, and gave him the international recognition that still holds today. In 2002 he decided to take a step forward and created his record label, MAP Dance records. The record label was created by Mr Mike in order to promote quality house and dance music from Switzerland and abroad. It was only fair for Mike to give back something to the people of Switzerland, a springboard for the careers of young Djs and producers to reach international stardom. In 2005 he co-produces the international hit "Zookey" with his young protégé at the time, Yves Larock. More than 150 000 copies of "Zookey"were sold only in France. It was the lead track on Bob Sinclar's Africanism compilation and a great success in the clubs worldwide. MAP Dance caught the eye of international press and the music industry, establishing itself as a Swiss flagship record label. In 2007 Yves Larock signed a second hit on MAP Dance records "Rise up" which was an even bigger success. The licenses of the single were sold to over 25 countries, confirming the status of Yves Larock as an international Dj and producer as well as Mr Mike as a successful businessman and proud label owner.
Mr Mike is Djing worldwide, promoting his radio show on 105 Zurich, and managing his event label "We Love House" with events in Switzerland, Mexico,Thailand, Singapore, China and the United States.
At the start of this new decade Mr Mike decided to resurrect the vocal side of his persona and has joined forces with arguably one Switzerland's most popular dj's “DJ Antoine” with plans to records several tracks together as well as touring engagements. Watch Out! The new decade starts on a very positive note for Mr Mike.