Something about Gayle San:

Gayle's first steps into the London clubs were via DJing at record company parties, various one-off guest spots and fashion shows. These slots soon led to Gayle being made resident at 'Reach for the Sky' at London's Limelight club, where she played alongside global DJs which Gayle describes as "the steepest learning curve possible". Having honed her DJing skills and broadened her understanding of music, Gayle began to experiment with the harder side of dance music, particularly the lesser known techno sounds coming into Britain from Europe and the US of that time. Her chance to pioneer this music in England came when Gayle became resident at Universe's legendary Final Frontier club, at Club U.K. in south London, which then moved on to become Universe Voyager at their new club, the Complex in north London,and she was also resident at all the Tribal Gatherings Festivlas. Final frontier was widely regarded as one of the best club nights in the world, it was not long before Gayle had amassed a following of techno pilgrims who would make journeys from as far as Edinburgh to hear her play. Gayle's reputation of her 3 decks mixing skills and dj sets spread like wildfire over the techno centres of Europe, most notably a residency once a month at the legendary Omen club in Frankfurt, the socalled 'Mecca of techno' that opened doors.Other European and American dates have included some of the most underground clubs in the world,from playing at high profile parties for Prince,Chaka Khan and Kylie minogue to name a few, to playing clubs like Bionic in Detroit, Pure Pleasure parties in Chicago, Soma in Montreal, Twilo in New York, Zouk Club in Singapore, Florida 135 in Spain, Fuse Club in Belgium,M47 in Hungary and many more all over Europe ,South America and the U.S.A. In 2000 she was voted number 6. of the most popular international DJs in Germany. Remaining in the top ten list has been a regularity ever since. In regards to the massive competition of the worlds DJs,and to be the only female dj in the top ten, it was an honour of her hard work in the last years. DJing has naturally led to various studio work and starting her own label Equator. Gayle has developed a sound that takes the intelligent beats of the underground, funky/hard/groove techno sound mixed with her very own style.Gayle loves producing on her own but also enjoys collaborations with other producers to absorb outside creativity. She has released on numerous labels throughout europe .Gayle has reduced her touring dates in the last 2 years,not surprising after travelling the world for 18 years to make more time for her production /collaboration works.Gayle never fails to rock the world..s dancefloor with her mixing skills and her choice of music .Gayle has already been called the best female techno legend and she is not ready to hang up her headphones just yet. 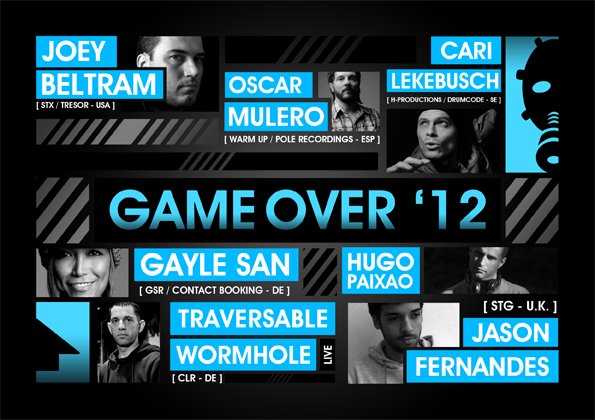