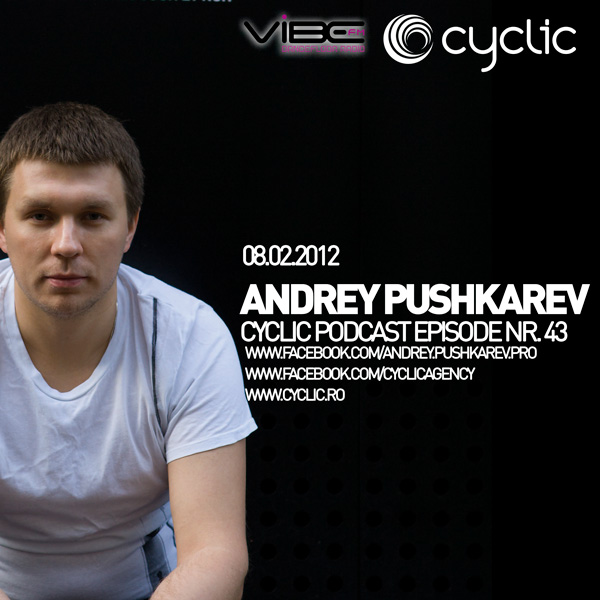 He was born in 1981 in Votkinsk - a small town in the Ural region. He had no music training, yet he gained popularity in Moscow, and then found his way into the international world of electronic music. Andrey is notable for his deep and minimal sound, exquisite taste, great skill and powerful delivery of his sets.

It all started when he was a child - Andrey spent a lot of time listening to “Vega”, a classic Soviet vinyl record player. Later on he got his first audience, when he volunteered to work for school radio.

He earned his first money playing a set at a nightclub when he was only 15. In a short time he realized that he had outgrown the limits of the small town and made up his mind to move to Moscow. Another reason for his move was that the only club in town had closed.

In 2000 he moved to Moscow and started performing in Moscow clubs. Aside from DJ-ing he got into the field of international music business - he started working for a German company Traum Baum. For three years he was responsible for wholesale of imported CDs, DVDs and Vinyl Records in Russia. “I had an opportunity to contact DJs, promoters, and resellers worldwide. It was also a great chance to have an insider look at this professional sphere. I had access to fresh records and all the information concerning electronic music”. Part of his job was making decisions on record selection and that subsequently helped him to put together a personal collection of more than 5000 rare vinyls containing the best Techno and House tracks.

In the years 2006-2011 he worked with an online radio Deepmix Moscow Radio (Deepmix.ru), broadcasting non-commercial Techno to a great number of listeners in 53 countries worldwide. He also performed at weekly events organized by Deepmix Moscow Radio in Moscow clubs such as Mix, Minibar, Paparazzi, Rodnya Studio. Over that time he recorded about 200 sets.

In April 2010 he started working with digital recordings. But a year later he reverted back to vinyl, opting for the quality of sound and the variety of material provided by his collection.