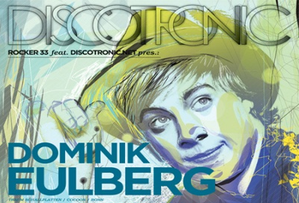 Many have tried, but he can actually claim to have brought in ornithology and the technology under one roof: Dominik Eulberg, the raving ornithologist from the Westerwald, international booked DJ in the spotlight and a silent observer of native flora and fauna alike, a master of contradictions reconciled.
Since his first release on Cocoon Recordings in 2003, except scatters producer now of environmental expertise and birdsong in his tracks. Nature is the inspiration for his own creativity, content and dramatic and have been in 1993.
The walk in the forest, which is Dominik's Blueprint for exciting music, because "here you never know what awaits around the next bend." As a rustle in the undergrowth can mutate to the hook, every sound counts, giving the tracks vitality which takes the dance floor. Minimum, maximum, damn: the audience loves exceptional character as well as a fat kick, and who brings the two together has not unjustly the high regard in which Dominik enjoys in the otherwise rather narrow club canon world.
"More meat on the bones," is his motto, especially in times of skeletal Diet Technos an indispensable entertainment and so was the DJ, producer and remixer to do more than just a name. For several years, he now supports the situational ready to rock at 12 "format as well as the full-length running time of an artist's album.
In 2007 Dominic was awarded the Prize of the German Record Critics' Award for his second album, "Local fields", which he contributed a lot for the acceptance of cross-genre of techno. It appeared to Traumschallplatten that is run by its principal sponsors Jacqueline and Riley Reinhold. For the reader surveys the magazines Groove, Raveline and De: Bug, he landed several times on the front seats, as the Newcomer of the Year was selected or producers. His work as a DJ, as well as his remixes for artists like Hot Chip, DJ Hell, Tiefschwarz, Nathan Fake or novel arrays are oversubscribed.
Also in the future will continue Dominik indulge his taste for more emotion in the beat corset. The creativity of his musical work remains on complex and innovative, but also more accessible by its inherent earthiness. Finally, we would like to take his audience on a journey and not leave tickets at the switch. 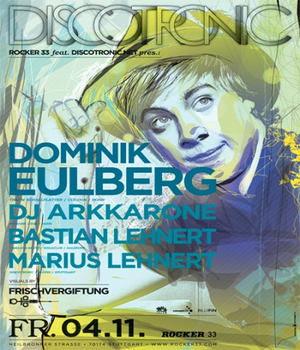