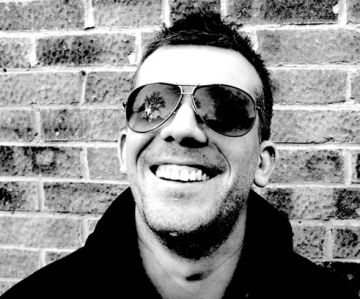 Something about Dave the Drummer:

Dave’s infamous techno label Hydraulix has been running since 1998.
For the past 12 years DAVE has been playing his tracks from the vast catalogue of music he has made and released on Hydraulix all over the world.
He has a reputation for being reliable and innovative on the turntables, and now CD players with an armload of unreleased material. He has held down residencies in Brazil and the UK
and is a regular visitor to most of South America as well as Japan , Austrailia , Venezuela, Canada , Russia, and Europe.
Dave is now starting a digital version of his Hydraulix label
( HYDRO909 ) which will be released exclusively through a new webstore www.london909.com, the first release is due in November.
HYDRAULIX PARTIES

The two Hydraulix parties held in London this year have been very successful, the first, in April, featured long time friend and collaborator Mark EG, alongside Chris Liberator and DAVE himself. The second which just happened last month was with another old friend Eric Sneo, the second room featured Calvertron who has released on Mutate to Survive, DAVE’s experimental / Minimal Techno Label.
Both events have brought people to party together from all over the UK as well as from countries such as Poland, Belgium, France and
Holland.