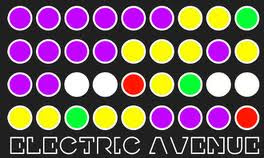 You'd be forgiven for wondering just where Psycatron have sprung from over the past few years to their current position as one of the leaders of a new school of techno on the international electronic scene. Currently one of the most in-demand Irish production outfits, live acts and DJs, their discography is beginning to read like an A to Z of the world's finest labels, while their tour schedule reflects the ever-growing number of fans honing in on Psycatron's forward-thinking take on techno. Although difficult to define, their sound has it's roots based somewhere between the dance music capitals of Detroit and Berlin, but it's Psycatron's distinctive Western European take on things that makes them stand out and peddle their own groove, regardless of what's flavour of the month.
In 2008 they'd became the first Irish act to appear on Carl Craig's Detroit based Planet E Communications. 'Deeper Shades Of Black' was and still is a Berghain anthem that became one of the label's biggest selling tracks and turned heads the world over on to this relatively unknown duo. Showcasing a sound that stands head and shoulders above the sea of mediocrity that exists in electronic music today, Psycatron releases are keepers. Tracks that will still deliver in 10 years time when the whole thing has gone full circle for the nth time. They've since delivered two more releases for Planet E with 'She Is Music' calling in the talents of Detroit hero Blake Baxter on vocals, while they further consolidated their long term relationship with the label when Carl Craig invited them to perform on the Planet E 20th Anniversary Tour, with label showcases at Berghain and in London all lined up for 2011.
Psycatron's ability to deliver timeless classics was further illustrated when legendary Belgian imprint R&S picked up 'Is What It Is', a pulsating melodic anthem that had 'end-of-night' written all over it and had the likes of Francois K scrambling to sign it for an exclusive mix compilation and amazing feedback coming in from Ewan Pearson to Sasha, Digweed and Derrick May, while Psycatron ended up on a roster of artists at R&S that begins with Aphex Twin and has Joey Beltram and Model 500 among it's ranks.
With two huge releases under their belts for two of the world's most well respected labels, it wasn't long before the remix offers came flooding in. Unkle, Secret Cinema, Alex Long, Vince Watson, The Psychonauts, Blake Baxter, Jamie Anderson & Jerome are among the many high profile names to have undergone the Psycatron treatment. By the end of 2009 they had Depeche Mode's Martin L Gore listing them as one of his favourite producers, they had tracks featured on the Essential Mix two weeks running and had interest coming in from all over the globe and gig offers racking up.
Throughout 2010 they appeared at some mammoth electronic festivals, from Detroit (Movement/DEMF) to the Amsterdam Dance Event for Dave Clarke's Annual White Noise bash at the Melkweg, while everywhere from Tresor in Berlin to the Rex Club in Paris hosted slightly more intimate club shows. On the release front they deliver 4 EP's and 5 remixes, including the follow up to 2009's 'Directions'/'Tipping Point' double-header for Christian Smith's supercool Tronic imprint with 'Celestial Symphony' marking their second release for the label.
Their increasingly popular Electronic Avenue Podcast hit it's first 10000 subscribers as the year drew to a close, while their mixes also appeared on WhiteNoise with Dave Clarke and John Digweed's Transitions which is broadcast to 42 countries globally. They rounded off the year with two collaborations, 'Thunder' and 'Cloud 9' (alongside Paul Woolford) was picked up and released by Sven Vath for his Frankfurt based Cocoon imprint, it featured as an Essential New Tune Contender on Pete Tong's BBC Radio 1 Essential Selection for two weeks running and closed Cocoon's 2010 release schedule with a bang.
2011 is set-up nicely with remixes of 'She Is Music' dropping on Planet E, an ep alongside fellow Irish producer Sian entitled 'Vertigo Of The Modern' appearing on John Digweed's Bedrock and further EP's on the way for Tresor in Berlin and Skryptom from Paris. A second critically acclaimed Transitions mix for John Digweed, podcasts for Data Transmission and Ibiza Voice and appearances on the like of Marc Romboy's Systematic Radio should ensure Psycatron's year continues where the last one left off. The UK, Ireland, France, Germany, Australia, South America and the Netherlands are all set to play host to the guys over the coming few months while they also settle in to the eight year of their residency at Irish institutions Shine and the Stiff Kitten where they've built a fiercely loyal local following and supported everyone from Sasha and Digweed to Carl Cox, Adam Beyer, Dubfire and Simian Mobile Disco.
Two years worth of consistently well-received productions alongside high-profile club and festival appearances has seen Psycatron stock rise considerably around the world and with 2011 off to a flying start, there are exciting times ahead.