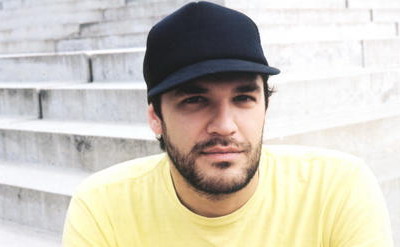 With the closing of Tresor in 2005 Phonique lost one of his favorite residencies, playing the Bonito House Club once a month. Since his very first Tresor Wednesday night gig of February ‘99, he was fired up about the 600-1400 people crowd that would not stop dancing up until late Thursday morning….
Since Berlin’s nightlife is subject to rapid change, Phonique’s residences change alike. Currently you can meet him mainly at Weekend, F.U.N. Crew’s incredible venue with a view over all of downtown Berlin at Alexanderplatz. Their second compilation on Fine/ Four Music will be supported by Phonique’s track ‘’Bee". Even though release is not expected before early 2006, the track already gets massive support by colleagues like Trevor Jackson (Output) and M.A.N.D.Y (Get Physical).
Recently Phonique asserted his recognition as one of the high profile remixing artists in the dance world, letting Morcheeba’s former vocalist benefit from his talents on a remix of her upcoming solo project "Skye" (Atlantic/ Warner).
Phonique mostly works with Alex Krüger (Dub Taylor / Korsakow / Tigerskin) for his productions/remixes, but from time to time he is cooperating with other artists or musicians like Steve Bug, David Duriez & Phil Weeks, Martin Landsky or Meitz.
Already being recognized internationally as one of the leading forces behind deep and forward thinking club music and commercial productions alike, this one will take it to the next level.