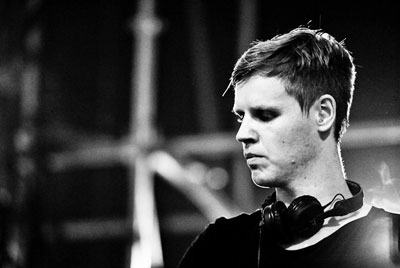 "A preparation Podcast for my 7 hour set at Ministry Of Sound, London 29.10.2011.
It will be my very first all night long show, expect a musical rollercoaster ride!"
Something about Joris Voorn:

In 2008, following the success of his resident advisor podcast, Joris was invited to produce episode 14 of the
Balance DJ mix CD series from Australia. Following in the footsteps of James Holden and Lee Burridge, Joris
constructed a layered and seamless mix of electronic dance music on a double CD. An epic mix in the very best sense of the word, Balance 014 achieves the rare feat of combining variety and consistency, making it perfect for trainspotters and dancers alike. The tracks change quickly and quietly, but the groove stays. An accompanying world tour will follow where Joris will bring the essence of this studio project to the stage, using all different elements of the mix into a full range club experience.
Having established himself as a leading producer and DJ, Joris will be embarking on a new project called 'A green night'. Inspired by his surroundings, which is never limited to the dancefloor, Joris and his team will be creating a night in several festivals and clubs, exploring the possibilities of combining music and visual arts. This year the project will be developed, tested and finetuned in selected clubs.
As a DJ and live performer Joris Voorn has joined an elite group of international DJ's whose musical talent has acquired global appeal. He has performed across Europe, Japan, Hong Kong, China, Singapore, Austsralia, Russia, Brazil, Colombia, Israel, Detroit, Chicago and New York.
Rejected:
Together with friend Edwin Oosterwal the 'Rejected' record label was established at the end of 2006. Their first EP as Rejected featured the two tracks 'SL3' and 'Cliché' and became an instant success and was played out by almost every self-respecting DJ around the globe. With Rejected, Joris is working on a more club oriented contemporary sound instead of deep electronic music excursions.
In mid 2007 their second EP was released, featuring a crossover techhouse track called 'Let's go juno' and a
driving minimal track called 'Lost'. Both tracks appealed to a wide audience and established Rejected's name
even more.
In 2008 the two key tracks 'Let's go juno' and 'Cliché' were successfully remixed by dutch artists District One and Polder on one EP.
This year, the Rejected label has some great projects in the pipeline, to start off with a disco infected house track by the Dutch rising star Pitto.
Artist: Joris Voorn
Tittle:  Ministry of Sound Podcast - October 2011
Genre: Minimal Techno
Source: WEB
Type: Set
Rls date: 18-10-2011