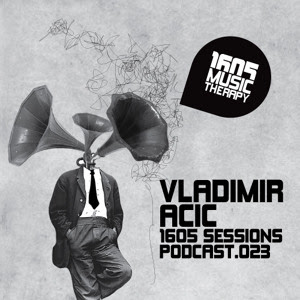 Something about Vladimir Acic:

Vladmir Aćić was born in 1983 in Novi Sad. His interest in music was majorly inspired by his friends from a local radio station, Radio AS, who he had visited very often. In 2001 he started bying records and just a year later his mixing technique was already at a very high level. Today, Vlada is one of the most perspective DJs in Serbia. To prove that, there is a never-ending list of parties and pr ...oducers he had played with, including Marco Bailey, Oxia, Umek, Technasia, Green Velvet, Carl Cox, Valentino Kanzyani, Cristian Varela... His best set ever was on Progressive Stage ( now Happynovisad stage) at Exit Festival 2003, which was later on pronounced as the best techno set of the festival. After that, Vlada regularly performs on EXIT festival and his sets are always well accepted by the audience. Vlada has also released a few records on the following labels : Italo Business, Immigrant, Stereo Seven Plus, Analytic Trail and Inoquo Rec. His next release will come out on Umek's label, 1605 rec.
Artist: Vladimir Acic
Tittle: 1605 Podcast #023
Rls date: 15-09-2011
Genre: Techno - tech house
Source: WEB
Type: Set