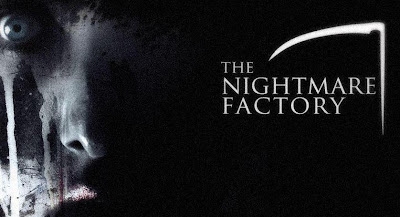 Something about Luca Pagani aka Electrorites:
Luca Pagani, aka Electrorites, whose real name is Luca Vollaro, was born in Pordenone in 1977.
The rhythm of his father’s records was the background of his childhood; then things got serious when he found himself in front of his first consolle and an irrepressible musical passion took over.
His orientation was progressive, as interpreted by the Tuscan movement, which took of in the Nineties. Public acclaim came in 1994, when he won an international DJ competition organized by a well-known club in Udine, which, given the success of the young DJ, asked him to continue to perform. Around that time he became a member of the staff of Radio SuperNetwork, at first as a mixing desk technician and then with his own program in which he proposed the latest innovations of his genre. Meanwhile he continued to perform in clubs all over Friuli, keeping in close contact with the public.
In 1996 he left the radio and joined the famous “Prima Scelta” Agency for DJs in Padua, managed by Donatello, the well-known PR of the Syncopate Party ; he began collaborating with the MMADESS Agency and his range of action extended over the entire Triveneto area.
Experience led his style to evolve, from progressive to electronic, until he arrived at a techno sound, without however being chained to a particular genre,demonstrating rather a vocation for free and open musical inspiration, fed always and in any case by experimentation.
His first release was Dark Frequency (Mantra Vibes) in 2005, in collaboration with the DJ Mreux.
Where Luca Pagani, aka Electrorites has played:
…Area City (Area Venezia), Il Muretto, Arancia Meccanica, Kursaal Club, City Hall, Royal City, Mithos, Vanilla, Ecu, Shany, Empire, Liquid, Mr. Charlie, Magis Club, Papillon, Tio Disco, Medea… and many more.
Luca Pagani aka Electrorites has now founded his first record label, Shout Records... now with more than 30 artists and 40 releases, whereas he collaborates with Gynoid Audio, Elektrax, Herzschlag Recordings, We call It Hard, Freitag and other undrground techno labels.
Artist: Electrorites
Tittle: @ The Nightmare Factory Episode #05 - Fnoob Radio -
Rls date: 29-09-2011
Source: WEB
Genre: Techno
Type: Live sets