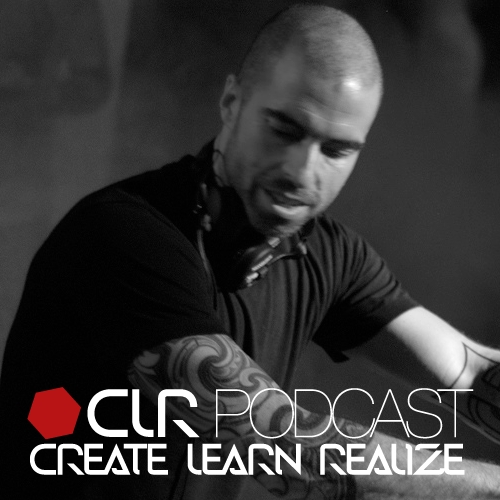 Something about Chris Liebing:

Chris Liebing had his first Residency as a DJ in a small club called "Red Brick" 1991 in Giessen, near Frankfurt. There he was playing all sorts of music from Soul, Hip Hop and Pop to House. In 1993, buying his records at Downtown Records in Giessen, he discovered the more electronic side of music, and one year later, he decided to open up a Techno Club, called "Spinclub".
Already beginning of 1995 the club had to close down and Chris began working for Eye -Q Records in Frankfurt. During that period, he met his friend and partner Andre Walter. Together they started to built up a studio and worked on music. Later that year, the first record on Global Ambition was released. Also together with Tommy Bingel from Downtown Records and Toni Rios, they founded the house Label SOAP.
Various Records and Remixes were released, like Traveller on Harthouse, Noosa Heads and E.H.R. on Soap, Strictly Ryth, and others.
In November 1995, Chris had a chance to play at the OMEN in Frankfurt and shortly after became Resident DJ. About a year later, influenced by his DJ-ing, he created "fine Audio Recordings" together with Under Cover Music Group. Chris gained first worldwide recognition with releases like Audio 07 and Audio 11.
Between 1978 and 1999 he hosted his weekly radioshow on Evosonic Radio. Very much happened then in 1999, Chris played the first time for the U60311 and started his Residency every first Friday of a month with " Es ist Freitagaaabend…!", playing along with his favourite DJ´s and Live Acts from around the world.
He joined the Cocoon Agency in Frankfurt to take care of his growing Booking Schedule and also in that same year, he moved on with his Labelwork and created his own Recordcompany "CLR". From then on the Labels CLR, Clretry, CLAU, Stigmata and Soap were distributed by Prime in England.
Since August 2000 you can hear Chris and Pauli Steinbach in their "Pitch Control" on HR XXL every Thursday night.
In may 2001 he mixed this double CD and started working on his Album for CLR which will hopefully bereleased within the following year.
In 2002 he left Cocoon Booking to manage the Booking Schedule by himself. From now CLR is taking care also of his bookings.
Also:
For the first time after a period of more than nine months, Chris Liebing is back on the CLR Podcast and has prepared a slightly unusual studio mix for you. As the label is about to release an “11 Years CLR Mix”, his present podcast set does not feature any tracks by CLR artists. Instead Chris has chosen all kinds of tracks he really likes but normally does not get to play in shorter sets or peak time sets. Parallel to this studio mix he offers you an additional live mix he recorded at Electric Zoo in New York, which got very positive reactions. This extra podcast is available as a free download on www.clr.net