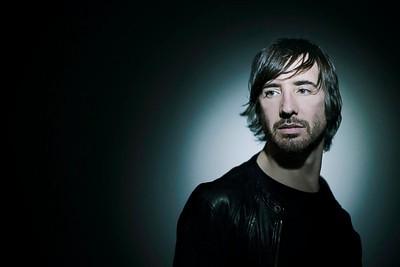 Something about Troy Pierce:
After being raised in the cornfields of Indiana and brought up on Midwest house & techno (Richie Hawtin, Jeff Mills, Derrick Carter, D-Wynn), Troy became a bit jaded by ten years in New York where the struggling minimal techno scene consisted of a handful of die-hard fanatics going against the diva-tribal-teck-house of a city that has seen it’s day musically.
Berlin seemed like the logical solution, go to the source.
As 1/3 of RUN STOP RESTORE (along with fellow Berliner Magda and Canadian Marc Houle) their first release “The Geometry E.P.” (Minus #20) as well as their contribution to the Post Office # 2 (Telegraph) compilation have both been well received.
After relocating to Berlin, the pieces are falling into place, playing BEATSTREET (the after-hours spot in Berlin), EGG and THE END in London. An exclusive live p.a. at VOLUME in New York for Minus as well as up-coming
Minus European tour with Magda and Richie Hawtin slated to begin end of September.

August Mixtape - My Favorite Promos From July by troypierce