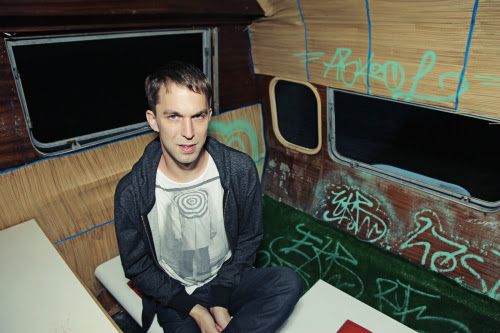 Shaun Reeves is an enigmatic pioneer who’s trailblazing quest to export his unique brand of cosmic underground house and techno from his hometown of Detroit to Europe and beyond has brought him international acclaim. Alongside best friends Ryan Crosson, Lee Curtiss and Seth Troxler he has helped put a warm, esoteric spin on the city’s musical heritage taking it away from clinical minimalism, back towards warmer, more spiritual party music. Together they have formed Visionquest, a genre-busting four-piece DJ combo, live act, record label and forward-thinking school of thought.

Shaun grew up putting on parties in and around Detroit, starting off in small bars and attic spaces, booking the likes of Magda, Dan Bell and John Tejada to play for him. During this time he started drawing deep inspiration from the early Perlon records and listening to sets from its label boss Zip, in 2004 Shaun decided to make the bold move to Berlin closer to the source of this sound. Since his move to Berlin, Shaun Reeves has been enthralling audiences on both sides of the Atlantic with his own highly distinctive mixture of American house, both classic and contemporary, and the deepest, most cutting edge aspects of post-minimal techno and tech-house. In addition to playing in Berlin's celebrated Panorama Bar, Watergate, the legendary Beatstreet loft parties and holding his ‘Soul Shower’ summer residency at Club Der Visionaere, he has appeared at DC10 (Ibiza), Fabric (London), Robert Johnson (Frankfurt), Cityfox (Zurich), Sankeys (Manchester) and played for Wolf+Lamb at The Marcy Hotel (NYC).

The last few years have seen Shaun blossom in the studio, both on his own for New York’s Wolf+Lamb, as ‘The Royal We’ with Seth Troxler for Crosstown Rebels, alongside Guti and Miss Fitz for Wolf+Lamb and Raum…musik and most recently as Visionquest remixing Tracey Thorn (for Strange Feeling), doP & Seuil (for Eklo) and Paul Ritch & D’Julz (for Quartz Music).

When he’s not conjuring up bombs in the studio or trawling through record shops and the farthest reaches of the internet in search of forgotten gems and untapped jams, that sound decidedly fresh and exciting, Shaun remains committed to pushing all genres of dance music forward. His is music not just for the dance floor, but also for the body, soul…and brain. As the recent resurgence of interest in the border between house and techno makes all too clear, Shaun has always been one to set musical trends rather than follow them.
Artist: Shaun Reeves
Tittle: RebelPod 013
Rls date: 01-08-2011
Source: WEB
Type: Set
Genre: Minimal Techno
Tracklist: