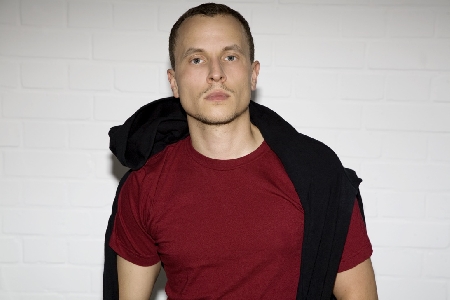 Something about Robert Dietz:
Robert Dietz cut his clubbing teeth on the Frankfurt scene dominated by the likes of Sven Vath, Dorian Paic, Ricardo Villalobos and Luciano, but the flourishing artist leaps all musical boundaries. His only guiding principle can be summed up in words of Chuck Roberts: House is a feeling!
Beatportal hailed Dietz as one of 2009’s Artists To Watch saying he: came out of nowhere to land on some of the scene’s hottest labels. Though it is true that Dietz has made a major impression on A-list imprints including Cadenza, Cecille, Running Back and Deep Vibes the fact is Robert has been honing his musical prowess for years, ever since he was a teenager dividing his time between Frankfurt’s skate parks and the equally frenetic dancefloors of clubs like Robert Johnson and Monza. His early attraction to hip hop culture transformed into a passion for house music and it wasn’t long before Dietz was experimenting with a borrowed Roland 303, was well as devoting his time to mastering a pair of Technics 1210s.
This grounding in the basic tools of classic house forms the basis for Robert’s hypnotic, sexy, nuanced take on electronic music. He always took the ethos of minimal with a grain of salt, preferring to have richness and emotional texture in his tunes rather than simply follow a trend. It is this mindset, coupled with his superb sense of what it takes to make a club explode, that provides the impetus for Dietz’s productions – and his packed DJ schedule.
Artist: Robert Dietz
Tittle: In the Mix @ Nightwax
Genre: Minimal
Rls date: 05-06-2011
SOurce: WEB
Type: Set
Tracklist:
In Search...
DOWNLOAD