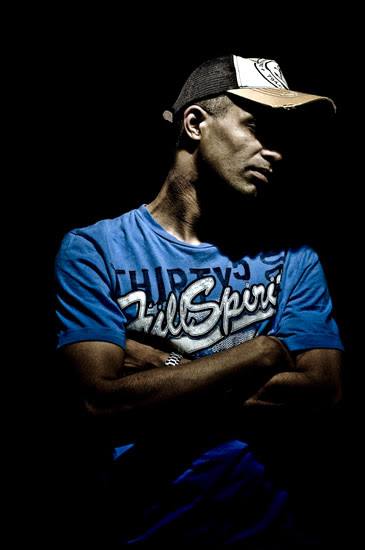 Something about Lutzenkirchen:
Men of the moment and favours of the month come and go, as the phrases suggest. It’s relatively easy to get a short-term buzz in dance music – but in these days of limitless downloads and increasing disposability, few hotshots have got it what it takes to go the distance. Lützenkirchen is one name that refuse to go away. Munich’s foremost electro-techno exponent has moved effortlessly between underground and overground success in recent years scoring a German Top 10 chart hit with the huge 3 Tage Wach while putting out a prolific, consistent stream of cool and credible club tracks, all a decade after he first began producing. From his huge remixes for the likes of John Digweed and Coburn to
his outstanding 2008 artist album Pandora Electronica, the power and quality of his productions rarely slip. Meanwhile his acclaimed live sets continue to grow in reputation, his charismatic stage presence bringing a breath of fresh air to the usual limp and lifeless laptop workout.
Artist: Luetzenkirchen
Tittle:  Live @ Berlin Summer Rave (Ostfunk Berlin Hangar)
Genre: Techno
Rls date: 05.06.2011
Source: WEB
Type: Live set