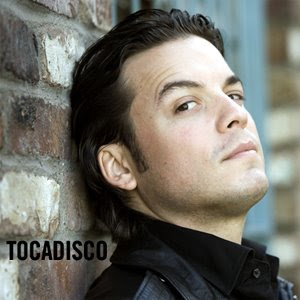 Tocadisco Biography:
Tocadisco is based in Cologne / Germany. He started his musical career in his early years, got into DJing with the age of 16 and turned into a professional in the year 2000. Without a classic musical education he teach himself how to play several instruments and got into producing. In 2004 Tocadisco released his first own single “Nobody likes the records that I play” ( Superstar Rec. ). The single became a worldwide success. After one year of heavy touring around the globe, 2005 became an even more successful year. His remix for Mylo’s single “In your Arms” became one of the most played records during the summer of 2005. Countless remixes followed for: Axwell&Ingrosso, the Egg, A’Studio, ATB, HiTack, Philippe B. a.m.m. Tocadisco also released another own single in 2005 “You’re no good for me”. Tocadisco also releases under the name: “AC/OT”. In 2005 he released 3 four-track EP’s containing remixes by John Dahlbäck and Martinez. In 2006 Tocadisco's third single: "Music Loud / Crazy Cursor" was released. He also finished remixes for New Order, Deep Dish, Pet Shop Boys, Mylo, Linus Love, Sono, Etienne Daho ( in cooperation with Fischerspooner ), Flatpack, Boosta, Funkwerkstatt, M.A.N.D.Y. vs Booka Shade, Enigma, Sharam from Deep Dish and Moby!! Tocadisco's remix "Walking Away" - The Egg is considered "Biggest Dance Single 2006" by MIXMAG. David Guetta used the instrumental of the remix for an official bootleg version with is first hit "Love don't let me go". The remix was also chosen for a worldwide TV add by Citroen. He is also finished working on his first artist album "SOLO" which will be released in January 2008. The first single "Better Begin" feat. Lennart A Salomon the singer of Sono. Tocadisco also launches a new underground series: "The Black Series Pt 1" it was released in May 2007. Remixes in 2007 so far were for Tiga, Bob Sinclar, Tommie Sunshine, Amo&Navas, Axwell, DY10, Mighty Dub Katz ( Fatboy Slim ) and Culcha Candela. Tocadisco did a cooperation with David Guetta for Davids new Album the track is called "Tomorrow can wait" and will be released in the end of 2007.
Artist: Tocadisco & Karlos Sense
Tittle: Club Ibiza Radio
Rls date: 21-06-2011
Genre: Minimal Techno
Source: Web
Type: Set
Tracklist:
In Search...
DOWNLOAD