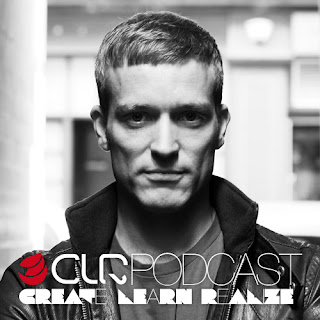 Berlin born DJ, producer and label owner Ben Klock is back on the CLR Podcast with a brand-new, exclusive mix. Without any doubt one of the most hardworking and significant characters in techno´s recent history has recorded another one ofhis deep and thrilling, hypnotic and groovy sets, which additionally announces the physical release of his remix for Emptyset "All Together Lost", due on Monday, June 27th. Furthermore he will play on CLR´s "All Together Lost" night at Amnesia / Ibiza on Friday June 24th, together with his fellow Berghain resident Len Faki, Mathew Jonson (live) and Chris Liebing. Since the opening of the legendary Berghain in Berlin, Ben Klock has held a monthly residency at this style-defining club and has been influencing the unique sound of the place as much as he has been influenced by playing at this so-called temple of boom. He has released his productions on Ostgut Ton, BPitch Control and his own label Klockworks. His debut artist album "One", as much as his famous "Berghain 04" mix still stand out as some of the most sensitive and extraordinary works in this genre. He has remixed artists as diverse as Kerri Chandler, Martyn or Depeche Mode and has become one of those often and widely praised producers of our time. Please enjoy this CLR Podcast 121 with Ben Klock in the mix!
Artist: Ben Klock
Tittle: CLR podcast # 121
Genre: Techno
Rls date: 20-06-2011
Source: CLR Podcast
Type: Dj Set
Tracklist:
In Search...
Listen & Download