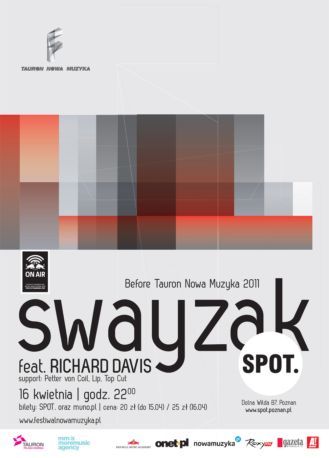 Since 1997, James “darkfarmer” Taylor and David “brun” Brown have been plying their trade as the influential underground electronic act SWAYZAK. In that time they have released 5 studio albums and 2 dj compilations which have awoken the world of electronic music to their signature sound. Starting with the deep dubbed out classic “Snowboarding in Argentina” via the legendary “Fabric 11” cd to singles like “State of Grace”, “Make up your Mind” and “In the Car Crash” and the more experimental works of the “Clicks and Cuts”, not forgeting the acclaimed works on M_nus with Detroit’s Theorem and the all out electro pop assault of 2002's “Dirty Dancing”. Swayzak somehow still manage to be dark, twisted and unmistakable